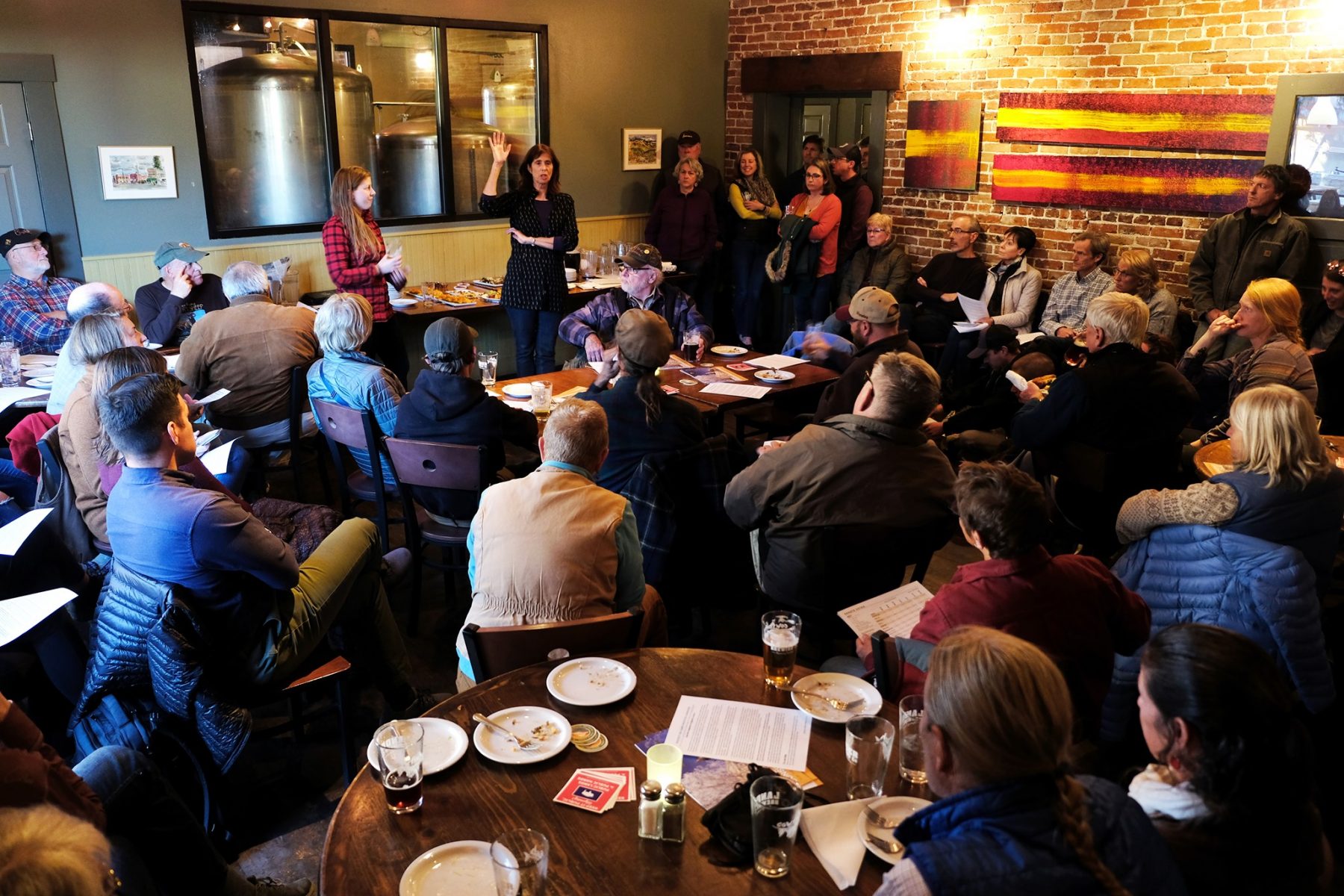 DECEMBER 2019 UPDATE: Bills for the Wyoming State Legislature’s 2020 budget session are being prepared for introduction. In the coming weeks, we’ll begin our pre-session planning — stay tuned for more details about the bills we’ll expect to see. We’re excited to support the formation of a Outdoor Recreation Trust Fund account, and we’ll continue tracking efforts around Greater sage-grouse mitigation and new channels to fund wildlife crossings from the Joint Transportation, Highways and Military Affairs Committee. Along with those details, we’ll be keeping you posted about the best ways to engage with ongoing budget negotiations, and how to speak up against legislative attempts to interfere with big game migration corridors.

Last month, we shared an update with you about the chaos and lack of transparency that has riddled this legislative interim. We highlighted four problematic bills that would have explicitly undermined our shared Wyoming conservation values: two that would have essentially killed rooftop solar in the state; one that would have opened the door to making Wyoming the nation’s dump for nuclear waste; and another that would jeopardize big game migration corridors, undermine science-based wildlife management, and strip authority from the Wyoming Game and Fish Department.

You responded in force. Because of your dedicated engagement — writing to and calling legislators, showing up at committee meetings, and spreading the word about the importance of fighting these bad bills — we have some great news to report.

When the legislature’s Joint Corporations Committee considered gutting the state’s net-metering law — the statute that enables homeowners and small businesses to connect rooftop solar panels to the grid — the response from the public was swift. We’ve been in touch with hundreds of you who are passionate about protecting renewable energy options for Wyoming consumers, and supporting the small but growing in-state solar industry. After hundreds of messages were sent to the committee (more messages than the committee has received on any other topic this interim); after citizens gathered around the state to discuss these bills; and after four hours of public testimony in a packed meeting room, the committee voted not to advance either anti-solar bill forward. The Wyoming people spoke up, and the committee took the time to listen — that’s right, Wyoming people won.

Strong, spirited public opposition was also a factor in defeating a proposal to store the nation’s high-level radioactive waste in Wyoming. This “zombie” bill reflected an idea has been considered repeatedly by decision-makers in the last several decades, and defeated each time — it’s been rejected by two different governors. Analysis also quickly revealed it would bring in only a few million dollars, while posing risks to Wyoming lands and people. Once again, Wyomingites of all stripes reached out to decision-makers and to their friends and neighbors, making it clear that the Wyoming public won’t allow our state to be turned into a nuclear waste dump. And at the Joint Minerals Committee meeting earlier in November, it was clear that the public response against this bill had been heard loud and clear: the bill’s original proponent withdrew the bill wholesale.

We are grateful to the legislators on these committees for taking the time to listen — and then respond positively to — strong, unified public input against both proposals. The successful outcomes on these bills reflect the power of Wyoming citizen voices and input: when we say that your voice matters and makes a difference, this is why.

Still on the horizon: legislative takeover of wildlife migration management

Unfortunately, not everything we have to share is good news. Despite strong public opposition against a Select Federal Natural Resource Management Committee bill that would derail conservation of wildlife migration corridors, the committee elected to move this bad bill forward. Stakeholders ranging from agriculture and county governments to sportsmen and conservation groups weighed in to raise concerns — both in advance and in the meeting room. A Game and Fish Commissioner objected to the idea that anyone but the Game and Fish has the authority to designate habitat, while the governor’s policy advisor said the timing for the legislation was problematic given the pending migration corridor executive order that Gov. Gordon will issue. But the committee refused to take a step back.

That said, the public continued to make a big impression: the committee readily acknowledged that Wyoming people are incredibly invested in protecting wildlife and the landscapes that support them, and referenced the immense amount of contact they’ve received on this issue. Though the committee made some attempts to make the bill look more palatable, it remains a dangerous, anti-wildlife, and anti-science proposition. We’ll need your help to make sure this bill doesn’t move forward in Cheyenne in 2020, and that the Governor’s executive order is strong and will be successfully implemented.

As always, thank you for all that you do to fight for good conservation policy for Wyoming. Your voice is critical — and it matters. Please stay tuned as we move toward this year’s session … we’ll need your help again!