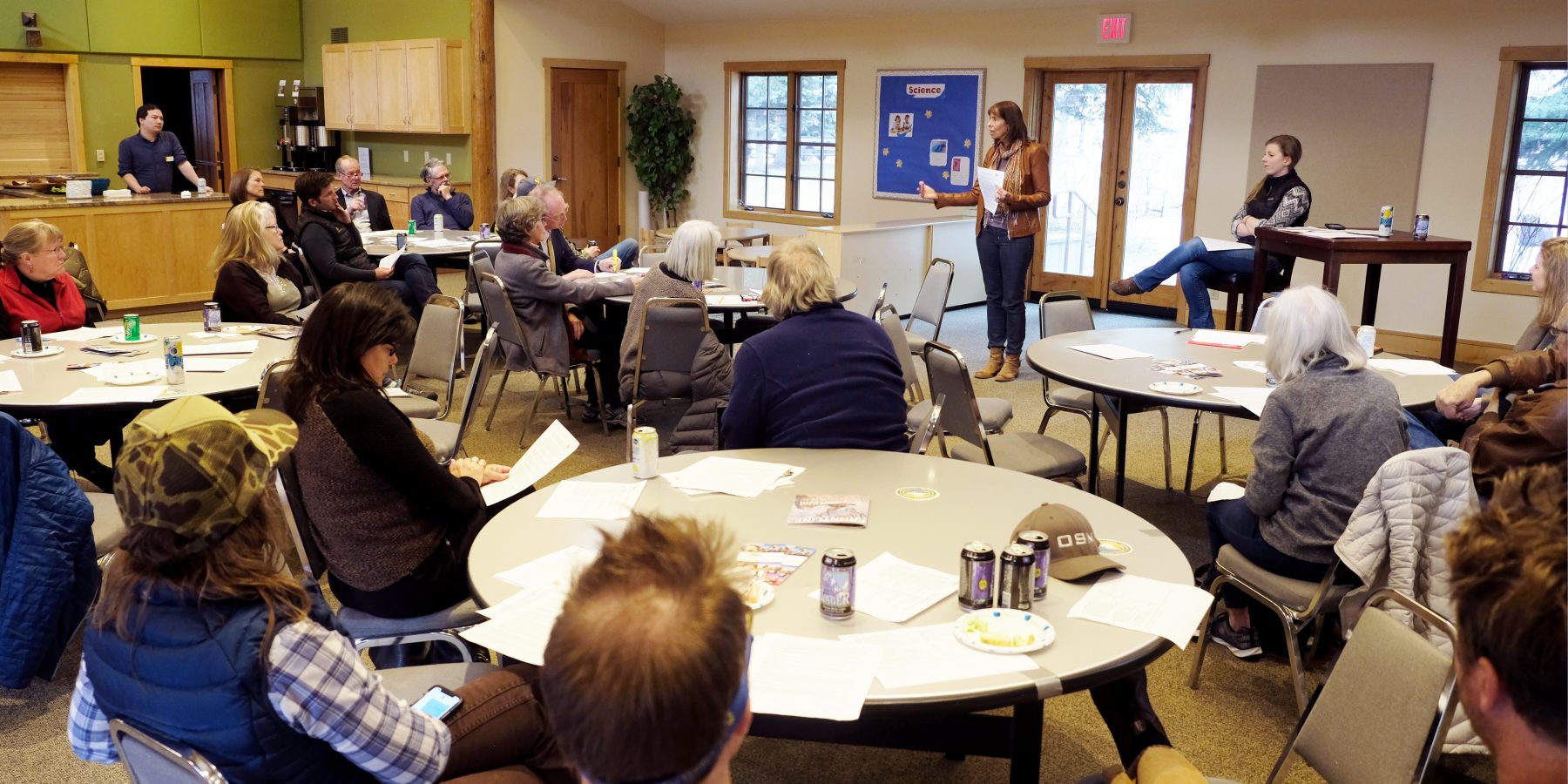 Over the last several months, we’ve been hearing from many of you who are frustrated that the Legislature has been unusually difficult to keep up with. We hear you. Here at the Wyoming Outdoor Council, we, too, have been struggling to deal with legislative committees’ lack of transparency, last-minute additions to meeting agendas, information gaps, and problematic interventions into other branches of government. We will be advocating for increased transparency and accountability in the coming months.

The chaos of this interim demands, more than usual, a high level of public attention and participation. That means that you’ll be hearing from us frequently in the coming weeks as we work to combat a few very bad ideas with major ramifications for Wyoming.

Here’s an overview of some of the upcoming bad draft bills we need to defeat:

Over the summer, the Outdoor Council tracked and provided feedback to the governor’s Wildlife Migration Advisory Group. All stakeholders were at the table, including the oil and gas industry. The group’s hard work, collaboration, and good-faith negotiation resulted in full stakeholder consensus on a proposed state-level solution that will protect Wyoming’s most critical wildlife habitat, create balance among uses, and support the Wyoming Game and Fish Department. On the recommendation of this group, the governor will be drafting an executive order concerning migration corridors, an important step for protecting the future of our big game herds.

This should have been the beginning of a new chapter for wildlife migrations, with big game corridor management now guided by a citizen-backed state process designed to meet all needs.

Instead, seemingly out of the blue, the Select Federal Natural Resource Management committee suddenly decided to take on the topic of big game migration. They’ve now drafted a bill that undermines science, the authority of the Game and Fish, and the entire North American Model of Wildlife Conservation. Most importantly, it poses a direct threat to the vital habitat that keeps our big game populations alive.

Why did this happen? How was a process started by the governor suddenly undercut by the Legislature? The oil and gas industry presented its point of view to the governor’s advisory group multiple times — and received everything it asked for — but apparently, the industry wants more. Specifically, it’s clear that they don’t want to be required to mitigate their impacts to migration corridors. So rather than work in good faith with the rest of the stakeholders, industry voices have ignored recommendations that their representatives agreed to and asked the Legislature to intervene.

Unfortunately, lawmakers are listening. The resulting bill would let oil and gas call the shots and would undo years of important collaborative work on migration corridor identification and protections. Rather than let science and thoughtful public input guide wildlife management, this disastrous bill would cede wildlife authority to inappropriate agencies (e.g. the Department of Revenue) and undermine the governor’s commitment to sensible, compromise solutions. It’s an egregious overreach, and it’s just plain wrong.

Simply put, it’s the job of the Wyoming Game and Fish Department — not politicians — to interpret the science and manage our wildlife. We need to let this committee know that.
If you have an interest in supporting migration corridors, please watch your inbox. The committee will meet on Wednesday, October 23 in Casper, and members of the public are encouraged to attend and comment.

Nuclear waste was another topic not publicly vetted for the interim. But sometimes, bad ideas take on a life of their own (or rise from the dead). If you were surprised to see this issue resurface after being vetoed by Wyomingites repeatedly over the decades…well, we were, too.

As many of you have read, a special subcommittee of the Joint Minerals committee met last month to discuss whether Wyoming should consider storing spent fuel rods (high-level radioactive waste) in our state. This is an idea that has been proposed and shot down more than once; two different Wyoming governors have vetoed it. Storing nuclear waste poses many practical and logistical threats to Wyoming, and wouldn’t even generate the amount of money legislators hoped. We find it unacceptable that the Legislature chose to consider such a controversial topic without proper public vetting.

For more details, check out our fact sheet on nuclear waste storage — and learn why it’s (still) a terrible idea for Wyoming. The Minerals committee will consider this topic at their upcoming meeting on November 5 in Casper, and we’ll send an alert to our members to remind you of this opportunity for public comment.

Killing off rooftop solar in Wyoming?

Last year, Wyoming’s House of Representatives passed a bill that the Outdoor Council (alongside partner organization Powder River Basin Resource Council) worked to advance, which would have supported expanded opportunities for rooftop solar arrays. Unfortunately, the bill hit a brick wall in the Senate, where it was considered a threat to coal-fired power plants. However, the Legislature decided to take on rooftop solar as an interim topic.

The Corporations committee’s work on this issue took a destructive turn when opponents of small solar used the discussion as an opportunity to make our current laws more hostile toward solar. The committee is now considering two draft bills that would effectively gut solar opportunities in Wyoming — damaging a growing industry, killing jobs, and reducing the ability of consumers to choose how they want to power their homes.

We’ll be reaching out to you prior to the final Corporations meeting, which is scheduled for November 18–19 in Cheyenne, to let you know how you can speak up for renewable energy choices for Wyoming consumers.

These are only three of the many issues that citizens have struggled with during the legislative interim. Overall, many of us have been dismayed at the flood of last-minute decisions and lack of transparency we’ve seen, including left-field attacks on local conservation and community planning efforts, changes in meeting locations and topics, and sometimes late circulation of meeting materials.

But we’ll continue working hard to bring you the information that you need to stay informed and engaged. The Outdoor Council is committed to advocating that our state legislature work in the public eye and for the public interest of Wyomingites. We believe that together we can achieve important policy victories that secure a strong, conservation-focused future for Wyoming — and defeat bad ideas that threaten our shared heritage and love of the outdoors.

Thank you for being an important partner in this work, and stay tuned to learn more about opportunities to ensure we can move forward together, instead of doubling down on the bad ideas of the past.