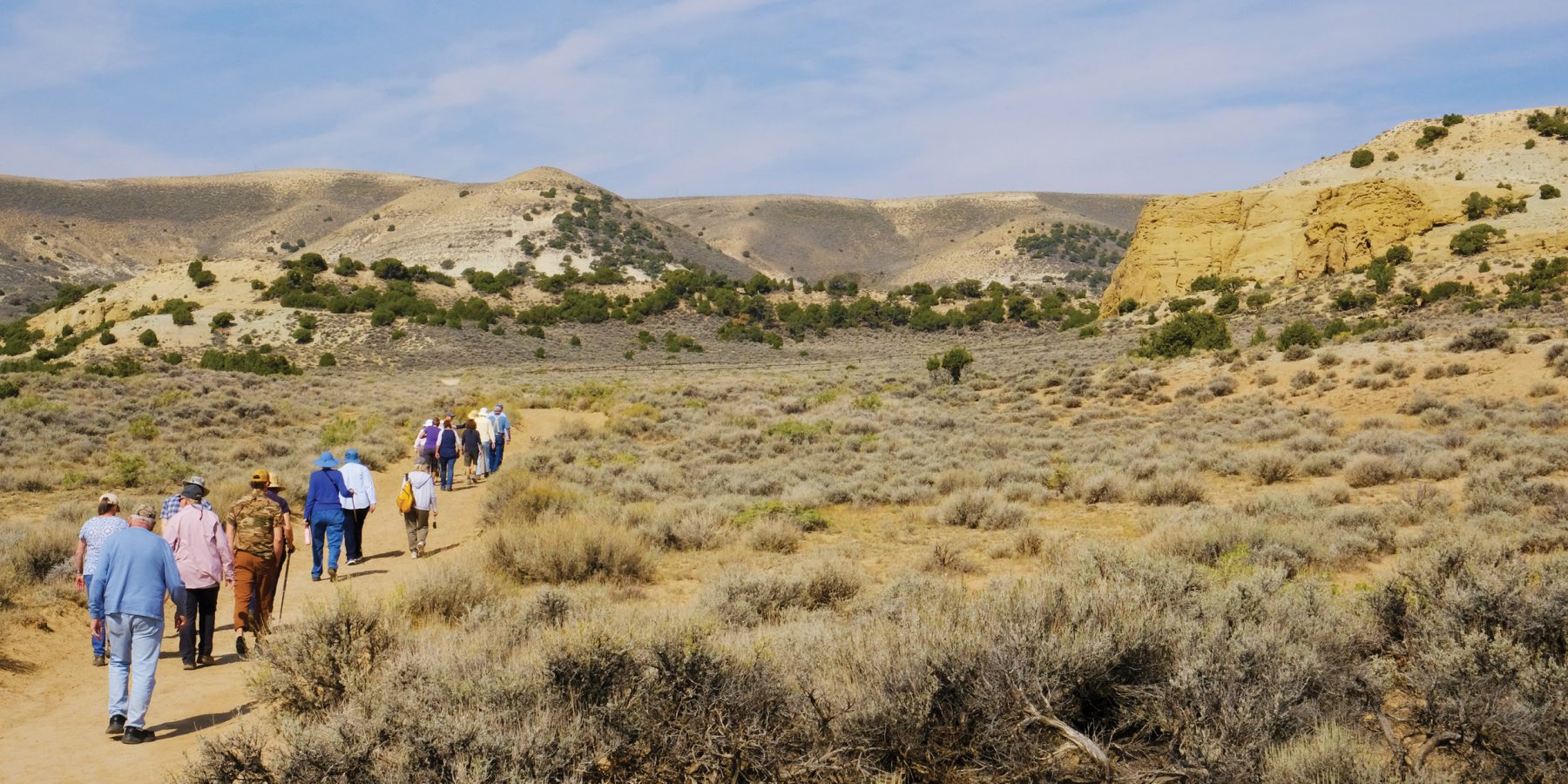 Beginning in 2016, the Keep it Public, Wyoming coalition pushed back against attempts in the Wyoming Legislature to facilitate the transfer of federal public lands to the state. Were such a scheme successful, Wyoming would have needed to sell off the bulk of these lands to afford to manage the rest. In response to these efforts, the coalition decided to push for legislation that would instead celebrate public lands in Wyoming and their many values. In 2019, a bill sponsored by Rep. Andy Schwartz passed the legislature to create Wyoming Public Lands Day.

As we approach this state holiday, we’re also acutely aware that public lands are ancestral lands. Indigenous people called these lands home for millennia, until the U.S. government forcibly removed them. The Northern Red Desert — where the Wyoming Outdoor Council will be co-hosting the Run the Red trail races on Saturday — was used by Tribes including the Ute, Goshute, Paiute, Bannock, Arapaho, Cheyenne, Lakota, and Crow, and in particular was home to the Eastern Shoshone and Bannock people for at least 13,000 years. The first Fort Bridger Treaty recognized 44 million acres as those of the Eastern Shoshone Tribe, but within five years, due to the discovery of gold and other minerals and the settling of immigrants, the U.S. government reduced the boundaries to roughly 2 million acres — what is now the Wind River Reservation. In 1878 the Northern Arapaho and Eastern Shoshone people were forced to live on the reservation together after the U.S. government broke its promise to the Northern Arapaho Tribe that it would have its own reservation. Eastern Shoshone and Northern Arapaho people — as well as citizens from numerous other tribes including the Shoshone Bannock, Ute, Mountain Ute, Southern Ute, and Paiute — retain strong ties to the Red Desert.

Today, our public lands offer an array of experiences: from ceremonial to recreational. Even if you don’t have the opportunity to get out and enjoy our public lands on Saturday, we hope you’ll take a moment to appreciate how fortunate we are to have these lands at our doorstep — and the shared responsibility to care for them now and for future generations.

Most of the Wyoming Outdoor Council staff will be spending the day at the Wyoming Public Lands Day celebration in South Pass City. If you’re in the neighborhood, we hope you’ll stop through to enjoy some great food, live music, the Wind River Dancers and Big Wind Singers, and fellowship with folks who love public lands — and this special corner of Wyoming in particular.