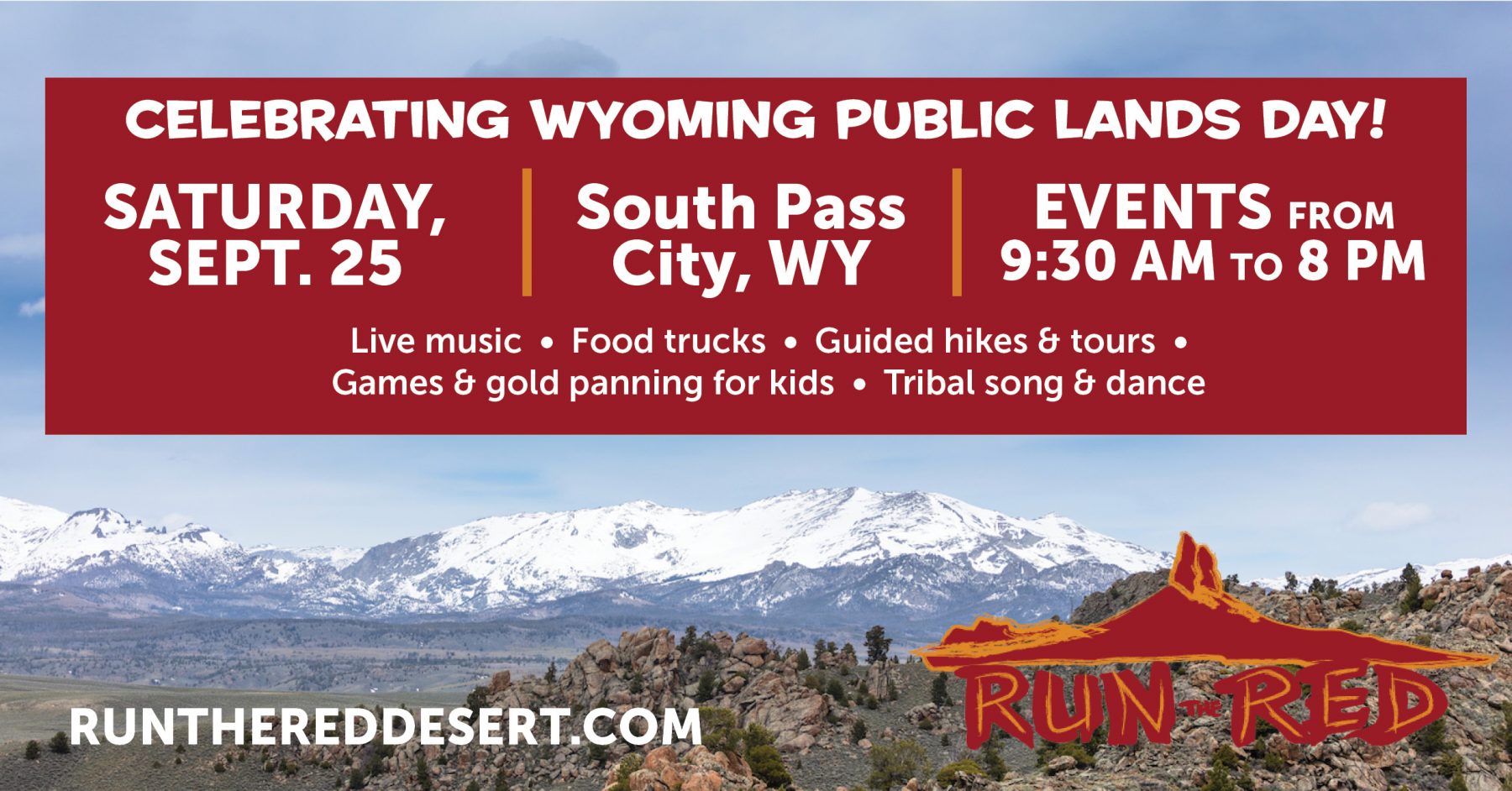 Hundreds of runners from across the nation and their families, members of the public, speakers, and Tribal members will kick off the Wyoming Public Lands celebration on September 25 in South Pass City. This holiday recognizes the millions of acres of public lands in Wyoming that belong to everyone. The celebration coincides with Run the Red, where runners race across the desert, competing in half marathon, 50K, and 100K distances.

Gov. Mark Gordon in March 2019 signed legislation that recognized the fourth Saturday of each September as a day to celebrate the public lands that are central to Wyoming’s quality of life, economy and heritage. Wyoming was the third state in the country to declare a state public land’s day.  The public is encouraged to attend or simply get outside to enjoy a national forest, national monument, wildlife refuge, or any public land.

Run the Red began in 2014 to mark the 50th anniversary of the Wilderness Act of 1964 and the 30th anniversary of the Wyoming Wilderness Act. In 2019 the race was also coordinated to celebrate the inaugural Wyoming Public Lands Day. The event has grown over the years, starting with just 30 runners and growing to over 200 with multiple courses. Last fall, a short film from Patagonia further elevated the race to a national profile. Run the Red begins in the former gold mining community of South Pass City and takes runners through the Northern Red Desert — a maze of buttes, canyons, badlands, wilderness study areas, and miles of open country. Parts of the course even traverse the Oregon, California, and Mormon trails where some 500,000 emigrants traveled in search of new beginnings in the 1800s.

In addition to the races, a series of tours, speakers, music, and food is planned for the day. Beginning at 6:30 a.m., a pancake breakfast will be served for volunteers and members of the public and numerous nonprofit organizations will be tabling including the Equality State Policy Center, Citizens for the Red Desert, Red Desert Audubon, and others. The bulk of the family and community events begin around 9:30 a.m., which include tours of the Carissa Mine and the Flood & Hindle Trails, a nature hike lead by ethnobotanist John Mionczynski, and an Oregon Trail presentation by Randy Weiss. Kids will also be able to enjoy gold panning, and a kids fun run will be held around 10:30 a.m. Two local food trucks — Hungry Buddha from Rock Springs and Monahooboo Hut from Wind River — will provide food options for the public and beer will be served by Square State Brewing from Rock Springs.

Big Wind Singers, a traditional drum group, and dancing by the Wind River Dancers will kick off the main celebration at noon. Following the cultural celebration, members of the Eastern Shoshone and Northern Arapaho Tribes will speak about the cultural significance of the Red Desert and the meaning of their dance and song. Elected officials and state leaders have been invited to speak about the importance of public lands to all people. Music by Ten Cent Stranger begins at 2 p.m. and an old time piano and accordion performance by John Mionczynski will wrap up the celebration in the evening. The festivities are open to all. To see the full schedule of events, go to www.runthereddesert.com