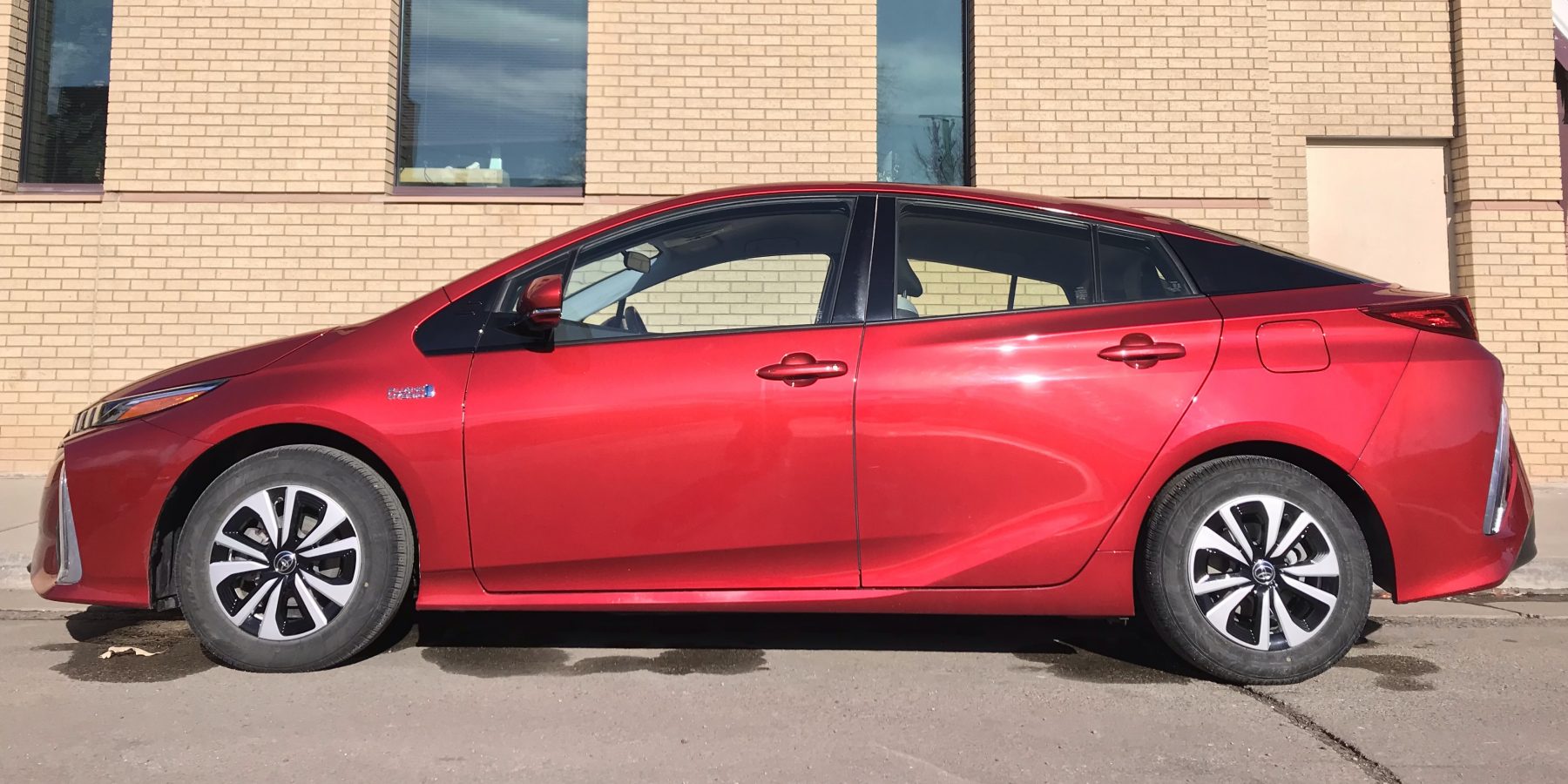 Let’s be honest: We in Wyoming love our trucks and SUVs. It makes sense in a place where the winters tend to stretch on, so many people work in the energy industry or agriculture, and enjoying the outdoors requires getting off the pavement. But can hybrid and electric vehicles have their place on the state’s roads too? That’s the conversation one Wyoming Outdoor Council member wants to jump-start.

To that end, he donated a Toyota Prius Prime plug-in hybrid to the Outdoor Council.

If you need a refresher on how these vehicles work, a hybrid car uses a combination of a gas engine and one or more electric motors. The system switches between the two power sources — or uses a combination of both — depending on the car’s speed and battery charge, and recharges itself when the gas engine is running and by recapturing energy while braking. A plug-in hybrid has a larger battery pack and, as the name suggests, can be charged from an electrical outlet. That means it can travel further and faster while relying exclusively on battery power. When that initial charge is depleted it functions like any other hybrid.

We are grateful for this generous gift and excited for the conversations that are sure to follow as we drive it around the state. The donor of the Prius asked to remain anonymous but was happy to answer a few questions.

WHAT INSPIRED YOU TO DONATE THE VEHICLE?

Climate change is a big motivator. I’ve had Priuses since 2005, I think, and they’re really fuel-efficient cars.

I just bought a new Prius Prime and when I was looking to donate this one I thought there could be some kind of classes or education locally on the new generation of fuel-efficient cars. WOC had some seminars last year, talking about the nuclear fuel storage issue, climate change, and the solar net metering issue that [they were] instrumental in getting some action on. I thought they would be a good group to talk about fuel efficiency also.

WHAT DO YOU HOPE WE CAN ACCOMPLISH?

Teach people that hybrids and plug-ins can be used here in Wyoming. That’s what I’d like to see. At least get people to try it. This could be a way to start that. It’s a great car to take to Casper, it’s a great car to take to Cheyenne. But more than that, you can show people we’re making progress one car at a time. What if everyone on staff took it home for a night, plugged it in, used it? Told their family and friends about it. The best advocacy is to have one yourself.

WHAT IMPACT HAS DRIVING A HYBRID CAR HAD ON YOU?

I had this car for about two years. I keep meticulous records: 148 gallons of gas, $361 spent on gas. And I drove it 18,191 miles. If you just consider the gas, the car averaged 122 miles per gallon. I don’t have accurate data for this, but the electricity cost was about $4-6 per month.

Just to compare, if you had a Subaru, which many people here drive, it would have used 627 gallons of gas to travel the same distance. This Prius used 75 percent less gas. I’ve kept these kinds of records for every car I’ve ever had and when you get done with it you say, “Hey, I really did save a lot of money.” Basically at the end of the year, it pays your entire car insurance bill.

In the summer, a plug-in Prius has a range of about 40 miles on battery power alone. In the winter it’s about 20 miles. For most people, that’s enough to commute. If you’ve got an outlet or charging station at your place of work, 80 percent of the population would never need the gas engine.

WHAT PLACE DO HYBRIDS HAVE IN WYOMING? DO YOU THINK THAT CAN CHANGE?

Wyoming runs the whole gamut, from people who drive fuel-efficient cars to people who think electric cars are not the wave of the future and are going to ruin Wyoming’s economy. But there are a lot of Priuses around.

The problem is, people don’t like to change. They think it’s not suitable for them and they don’t want to make the transition from gas to electric or hybrid. The president of Ford came out and said electric and hybrid vehicles haven’t made it mainstream because people are worried about them. They worry, “What if I run out of electricity? What if I can’t find a place to plug it in?”

It’s this mindset that people have. Some people don’t understand that a hybrid still has a gas engine. If it’s got gas in it you’re going to get wherever you’re trying to go just like in your old car.

Note: This interview has been edited for clarity and length.