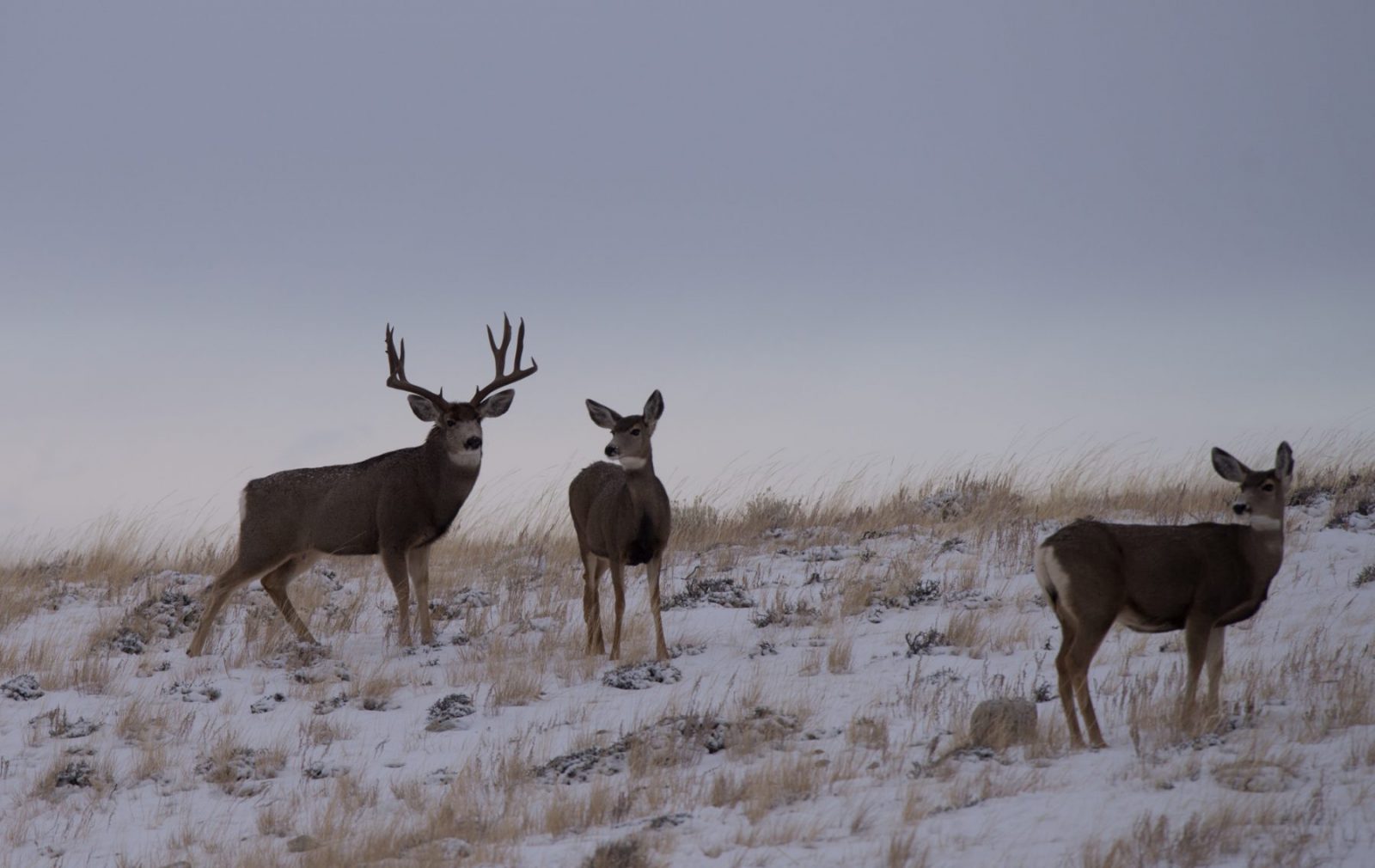 Wyoming has been in the world spotlight since the discovery of the longest known mule deer migration, which runs 150 miles between the northern Red Desert and the Upper Hoback. That such an ancient migration still exists — despite roads, fences, housing, energy development, and other human activities — is amazing.

And new science is conclusive on two points: mule deer avoid development, and once a route is impeded, the deer don’t adapt. Unfortunately, under the new energy dominance policy, the BLM is offering oil and gas leases inside this corridor and other crucial wildlife habitat. And unless they hear from state wildlife managers, they’ll continue to do so.

The existence of the longest known mule deer migration is something Wyoming can no longer leave to chance. If we allow oil and gas activity here, the loss of this unique pathway will be on us.

Wyoming’s wildlife is a tremendous part of our outdoor culture and a driver of our statewide economy. Big game hunting alone brings in about $300 million annually. According to a recent poll from Public Opinion Strategies, an overwhelming majority of all Wyoming voters — 89 percent — agree with Gov. Mark Gordon that protecting wildlife corridors does not have to be at odds with Wyoming’s energy industry.

Even former Interior Sec. Ryan Zinke understood the importance and popularity of protecting big game herds for westerners. Last year, he signed an executive order “to enhance and improve the quality of big-game winter range and migration corridor habitat on Federal lands.”

Yet the BLM continues to sell leases inside these habitats.

The thing is, states have the power to push back. When western states have asked the feds to pull oil and gas leases that have been offered in vital big game habitat, we’ve seen the BLM respond. Last year, the agency pulled more than a quarter of a million acres in Colorado from oil and gas lease sales at the request of state leaders.

And on the few occasions when the WGFD has asked the BLM to defer leasing parcels that fall entirely within a designated migration corridor — a very small percentage of the total number of oil and gas leases being offered in corridors — the BLM has granted its request.

This should be good news. But a state has to believe that the science matters, and then it must have the will to speak up. Unfortunately, that’s not what we’re seeing in Wyoming. Right now, the WGFD is operating under the flawed premise that if only a portion of a particular lease parcel falls within a wildlife migration corridor, there’s no threat to our wildlife. But that isn’t the case.

The WGFD has developed a “strategy” that endorses leasing inside migration corridors so long as at least 10 percent of a parcel falls outside the corridor. The rationale — which the WGFD admits is not rooted in science — is based on the hope that energy operators will “do the right thing,” and locate infrastructure in the portion of the lease parcel that’s outside the designated migration corridor. Unfortunately, operators are not legally bound to do so.

Crossing our fingers that private energy companies will do what’s best for our wildlife is no way to manage one of Wyoming’s most important resources. But unless the WGFD finds the will to ask the BLM to pull these leases, blind hope is all we’ve got for now, because there’s no legal way to ensure that energy operators will limit development to outside corridor boundaries.
Even more troubling, when pressed, both the WGFD and the Wyoming Game and Fish Commission — the bodies charged with protecting Wyoming’s wildlife — have said they can’t ask to defer leasing in this tiny portion of Wyoming’s most important big game habitat for fear of retribution from the legislature and the oil and gas industry. This is despite an overwhelming and bipartisan majority of Wyoming voters agreeing that protecting wildlife corridors does not have to be at odds with energy development.

The bottom line is that there is no need to offer oil and gas leases in Wyoming’s migration corridors. Even if every lease that abutted the Red Desert to Hoback mule deer corridor were made off limits tomorrow, millions of acres of public lands are still available to lease — and develop. Wyoming is not so poor that (for as little as $1.50 per acre — less than a slice of pizza or a cheap cup of coffee) we should give away to energy companies our most crucial big game habitats and the very future of our big game herds.

Working to save Wyoming’s muleys — and how you can help

We’ll continue to review every BLM oil and gas lease sale in Wyoming and file protests when the agency ignores our concerns. We’ll keep testifying at Game and Fish Commission meetings, respectfully urging this body, charged with protecting Wyoming’s wildlife, to heed the science and take a stronger stand. We’ll keep meeting with WGFD leaders — and with the governor and his policy staff — to pore over maps and advocate better strategies. We’ll work with with partners, sportsmen and women, and citizens around the state to get the word out.

And we will continue to weigh all our options, including filing a legal challenge. That’s not a step we’d take lightly, but it’s one we’ll consider if it means protecting the future of Wyoming’s mule deer.

Wildlife and the vast open lands they need to survive define us in Wyoming. The Wyoming Outdoor Council is more committed than ever to work on behalf of Wyomingites to defend these irreplaceable resources and protect the state’s migration corridors for future generations.