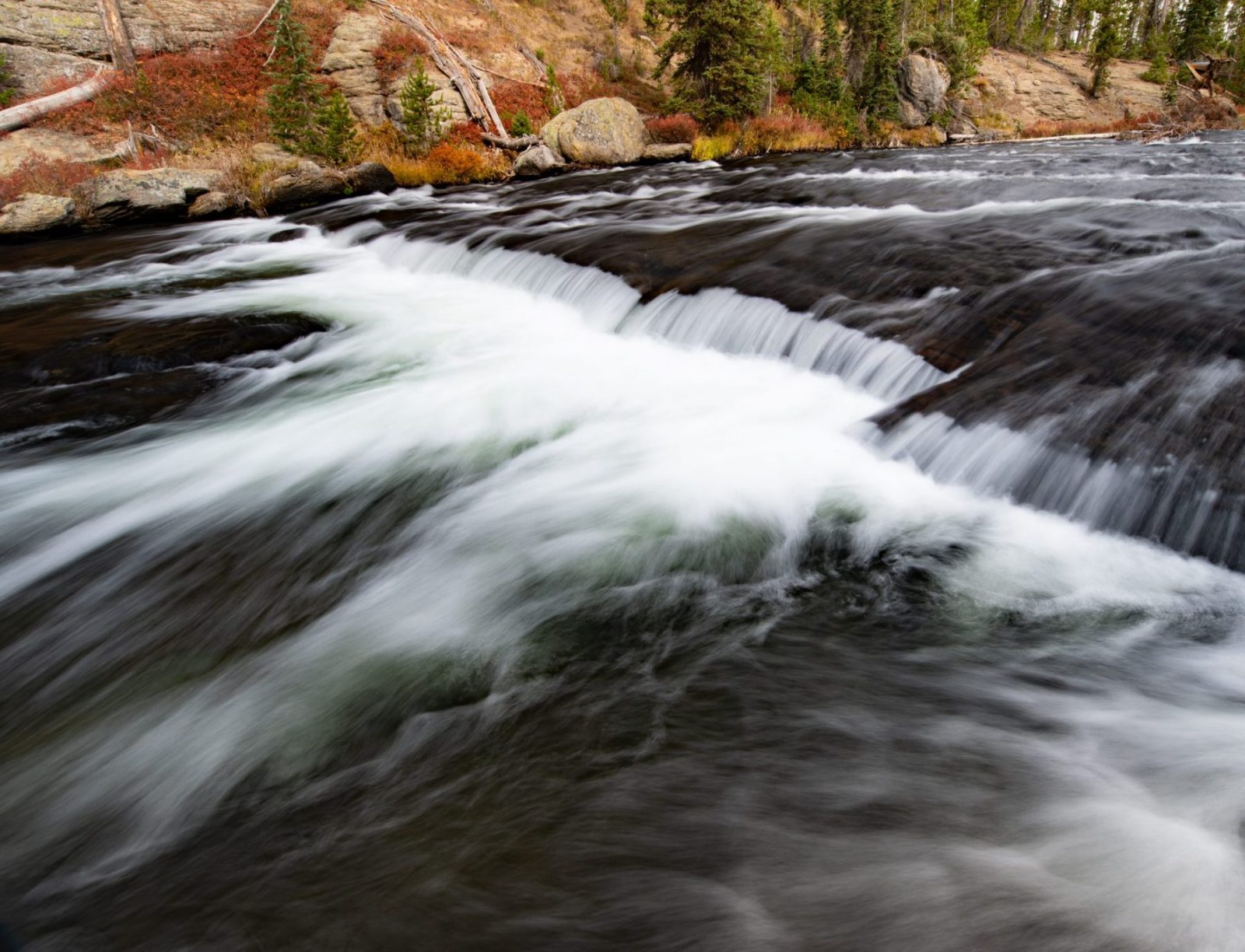 Ever splash in a backcountry stream or dip your face in an alpine pool to cool off after a strenuous hike?

Ever wonder who’s in charge of making sure those waters are clean — or how those decisions are made?

Right now, we have an opportunity to weigh in on a comprehensive review of Wyoming’s water quality standards, and to urge the Department of Environmental Quality to adopt the most protective standards available to protect water-based recreation, human health, and aquatic life.

Pushing for a more open review of water quality rules

Every three years, as required by the Clean Water Act, the DEQ reviews the standards that govern the quality of Wyoming’s surface waters. Often, the agency will propose changes that will provide increased protection for streams and lakes. But it sometimes proposes changes that may result in weakening water quality standards, which could significantly threaten human health and fisheries.

In its current review, the DEQ is considering a number of important changes to the existing standards, including a completely new classification system that will assign different levels of protection depending on uses of the water, and revising criteria for temporary exceedances of pollution limits intended to protect public health. It is also considering allowing for increased water temperatures caused by human activity, and changing the definitions of “primary” and “secondary” recreational use.

On October 12th we weighed in on the DEQ’s “Initial Scoping” document, which outlined several important changes to the water quality standards being considered (read our comments here). Although the initial scoping period is closed, we encourage you to contact the DEQ if you have concerns you’d like to share. We’ll also let you know when the formal comment period opens, and how to weigh in then.

“The triennial review process is wonky, and can be difficult for the average person to engage in,” Outdoor Council Senior Conservation Advocate Dan Heilig said. “But it’s a tremendously important opportunity to guide how our state protects water quality for recreation, fisheries and public health. There needs to be more outreach to the general public, and particularly to those in the outdoor recreation community.”

The most important thing for you to stress in your comments is how important clean water is to you.

A sweeping downgrade for Wyoming waters

One of the issues we’re tracking is how the state categorizes waterways for recreational use, which determines allowable levels of E. coli, a bacteria that can make people seriously ill.

You might remember that in 2016 the DEQ reclassified — or downgraded — 87,775 miles of streams to allow for a 500 percent increase in allowable levels of E. coli. These so-called “low flow” stream segments, flowing below six cubic feet per second, were assumed by DEQ to be too small for recreational use — such as swimming, dunking or “child’s play” — where water might be ingested.

The assumption was incorrect, so we fought back. But the DEQ had dug in its heels, and refused to recognize that primary contact recreation takes place on all kinds of surface waters, particularly on public lands where recreational use is high. Wyoming is the only state in the nation to use the Categorical Use Attainability Analysis for Recreation model to conduct such a statewide downgrade, rather than a segment-by-segment process based on actual field-collected data.

The DEQ’s model was far too sweeping: it effectively deemed 80 percent of Wyoming’s waterways — including many small streams where people are known to splash and dunk — unsuitable for primary contact recreation. It also didn’t prioritize robust public outreach to recreational users and others who would be most impacted by the changes.

Additionally, while the choice to use the UAA model to reclassify waterways helped save DEQ time and resources, it was also a model that put the huge burden of determining which streams should not be downgraded onto the public.

This past summer, our legal intern, Rob Kutchin, a student at UC Berkeley’s School of Law, worked with Heilig to review the DEQ’s statewide downgrade. They found numerous streams around the state that, according to the DEQ’s own definition of “primary contact recreation,” should have retained the highest water quality standards. Instead, these streams — many near established recreation sites — had been downgraded.

For example, under the DEQ’s faulty model, just three dispersed campsites in all of Fremont County retained the stronger standard. In fact, there are more than 30 such campsites off Lander’s Loop Road alone, all of which should have received protection as sites for primary contact recreation. Perhaps most troubling, the DEQ lowered water quality protection on streams near the Fremont County Youth Camp, which is visited by hundreds of children each summer.

The Outdoor Council alerted the DEQ to more than 75 recreation sites overlooked by the model. Another group alerted DEQ about an additional 63 Forest Service trailheads the agency missed in its data collection efforts.

“We thought this would be an easy ask,” Heilig said. “Our hope was that the DEQ would quickly correct these types of obvious errors. Instead, it rejected all of this information and said it would not accept data-based corrections to its location modeling.”

In other words, the DEQ used incomplete datasets to erroneously downgrade water quality standards for thousands of stream miles, then said it would only accept site-specific evidence collected in the field — requiring stringent criteria — before considering corrections to the model.

The DEQ’s comprehensive review is especially important as we keep pushing to protect these waterways — because it’s an opportunity for the recreation standards themselves to be revised, upward or downward.

We expect Wyoming DEQ will publish its proposed revisions to the water quality standards sometime within the next few months. Meantime, we’ve asked DEQ to hold public hearings and conduct additional outreach about its triennial review in Lander and Jackson, communities where outdoor recreation is a significant driver of local economies and central to quality of life. We’ll keep you posted. Stay tuned for details on how to comment.

A bad idea for Badwater Creek

Just as we were going to press, we learned about a proposal being advanced by the DEQ to permit higher levels of industrial pollutants in central Wyoming’s Badwater Creek. Aethon Energy says it needs to dispose of an estimated 1 million barrels per day of toxic “produced water” from its proposed drilling expansion in the Moneta Divide natural gas field. The company wants to discharge the waste into Badwater Creek, which flows directly into Boysen Reservoir, the main feature at Boysen State Park. Boysen feeds into the Wind River, a designated Class I “outstanding resource water” in Wind River Canyon, upstream of Thermopolis. Allowing this kind of industrial disposal into Badwater Creek could present dire threats to fisheries and human health throughout a watershed central to rural economies and lifestyles for a major portion of the state.

The U.S. Environmental Protection Agency raised concerns with the proposal and ask the DEQ to provide more data about the potential impacts. We will keep a close eye on the matter as it moves forward, so stay tuned.