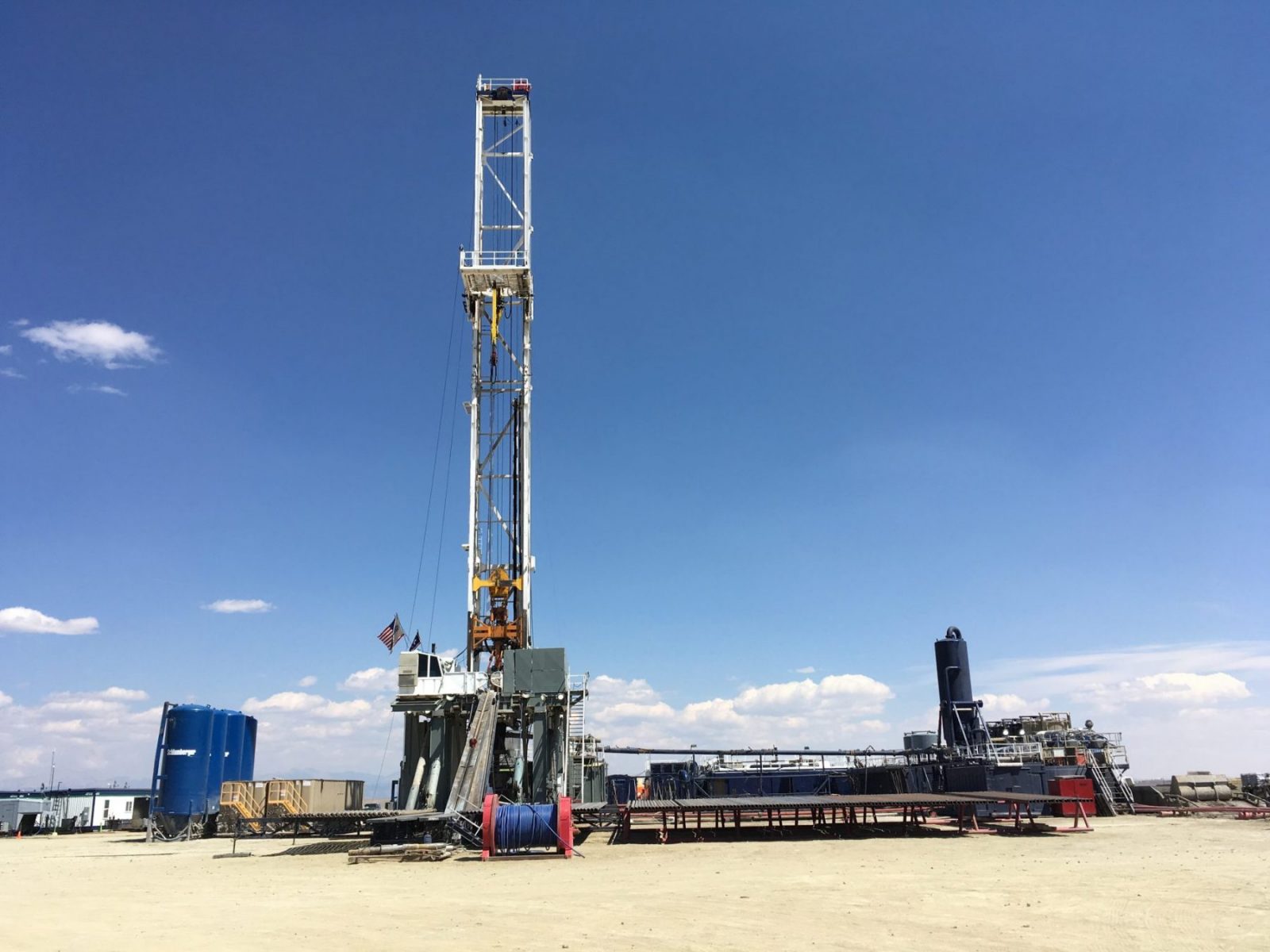 This is part one in a two-part series by Amber Reimondo, Outdoor Council Environmental Quality Advocate, on fugitive methane emissions during oil and gas production and how we can fix the problem. Read part two in the series here.

The gravel crackles under the tires as I pull off of the pavement of Highway 191 and onto a mostly-nondescript BLM road in the middle of a western Wyoming sagebrush expanse. I spent countless days as a child rock hounding and exploring with my mom and dad out here in the Upper Green River Basin. But that was years ago. We stopped our sagebrush adventures just before I started high school because a drilling boom had taken off in the area. There were rumors of poor air quality in Pinedale where my grandparents had lived for years and it wasn’t the quiet, open landscape I had experienced on so many adventures as a young girl.

Over the past 10 years, I’ve researched and worked to address oil and gas related issues in different capacities and I’ve been on my share of tours in various oil and gas fields, even this one, near the peak of the last natural gas boom. I always learn something new and I’ve often seen a thing or two that sends me home frustrated, and on one occasion, even physically sick. But today’s tour is different. I’m here to get a first-hand look at what one mid-sized, independent company has managed to accomplish for air quality. And notably, they’ve done so while many other companies have claimed lesser measures untenable. 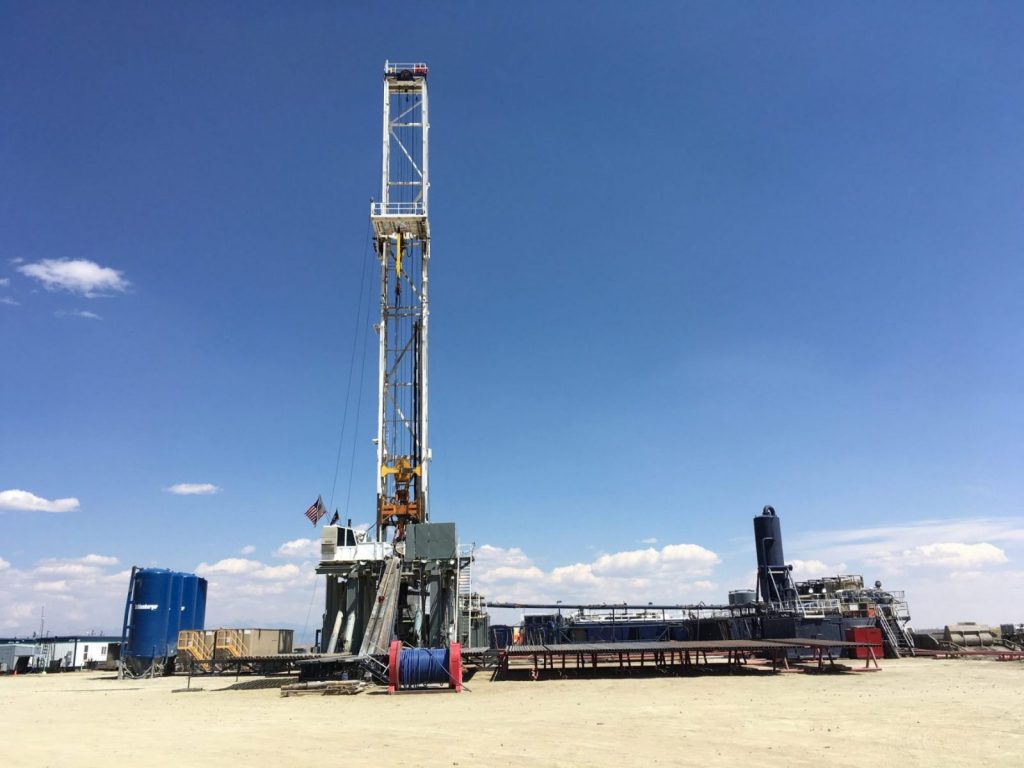 One of the two rigs currently operated by Jonah Energy. Photo: Amber Reimondo

Since 2010, Jonah Energy—and prior to the 2014 acquisition, Encana—has used infrared cameras to conduct regular monthly inspections of their production sites in the Jonah Field. These inspections enable them to quickly find and fix otherwise undetectable or simply unseen methane leaks, also known as fugitive emissions, on production and processing equipment.

You might wonder why fugitive emissions monitoring (FEM) is noteworthy. Do fugitive methane leaks actually account for much? And what about all the talk that natural gas is a cleaner energy source? First, leaks do account for significant damaging emissions; more on that in a moment. And second, if extraction, processing, storage and transportation of natural gas are done right, the combustion of natural gas is indeed cleaner than the combustion of coal. But that’s a big if. Natural gas, which is mostly methane, has higher energy content than coal and thus produces less CO2 when it’s burned – roughly half the amount of CO2 for the same amount of energy. But in its entire lifecycle as an energy source, from the point it leaves the ground to the point it ignites your furnace or powers a city bus, natural gas can be a greater source of concern with respect to greenhouse gas emissions than coal. That’s because raw, uncombusted methane actually has a far more potent warming potential than carbon dioxide in the atmosphere – approximately 84 times more potent over the course of 20 years.[1] So if raw methane leaks unnoticed from faulty or misused oil and gas production equipment—which happens at even the newest facilities—before it gets to market, natural gas as a “bridge” away from dirtier alternatives could be described as a bridge to nowhere.

In recent years, research has started to reveal how ubiquitous the problem of fugitive methane leaks is. A Center for American Progress study estimated that in 2012, approximately 8.1 million metric tons of fugitive natural gas emissions were released from both conventional and unconventional natural gas production facilities on federal lands alone – that’s the same volume of CO2 equivalent (CO2e) as emissions from 42 million vehicles in a year.[2] NASA’s Jet Propulsion Laboratory and the Administration’s partner researchers discovered a methane plume the size of Delaware above 40,000 oil and gas wells in the Four Corners area of Utah, Colorado, New Mexico and Arizona. A primary cause? Fugitive emissions.[3] Another study,[4] the largest of its kind to date, involved fly-overs of 8,000 oil and gas wells in seven states using infrared technology to determine just how common fugitive emissions are. The findings were telling: Fugitives were estimated to comprise the vast majority of the 9 million tons of methane emissions (including those from intentional venting) from oil and gas operations every year. The study also confirmed what other research has found, which is that fugitive emissions are largely unpredictable. They can and do occur from all oil and gas facilities to some degree—whether from unnoticed equipment malfunctions or simple human error (e.g. leaving a hatch open on a tank).

The contentious, slow, but promising path to curbing fugitive emissions

In response to the growing evidence of a problem, regulatory agencies responded. Wyoming’s Department of Environmental Quality, which regulates oil and gas air emissions, now has policies and a new rule aimed at reducing fugitive emissions in the Upper Green River Basin both from new and modified sources and existing sources. Including inspections for the latter source is key to effectively reducing emissions.[5] Instrument-based inspections must be made on a quarterly basis in the Upper Green. This is a model that the Outdoor Council believes can be applied to the rest of Wyoming. The DEQ, however, has yet to expand these same requirements beyond the Upper Green. This is a problem because it is areas outside the Upper Green that today are experiencing the greatest increase in drilling applications and activity.

The Environmental Protection Agency has updated its New Source Performance Standards under the Clean Air Act for new and modified oil and gas operations. These require regular, though not quarterly, site inspections for leaks. Members of industry and fifteen states are currently challenging these requirements in court. And although an implemented rule is still a long way out, the EPA also began to collect information in May on how best to regulate fugitive emissions from existing sources.

The Bureau of Land Management is finalizing a rule that aims to raise the bar on oil and gas operators on public and American Indian lands. The proposed rule seeks to reduce resource waste from flaring, venting and leaks at oil and gas production sites partly through bi-annual, and in some cases only annual leak inspections. The proposed rule would also mandate that operators use infrared cameras with some exceptions for smaller operators (with 500 wells or less). This rule will likely also face litigation.

The Outdoor Council is working with regulators, industry, public health organizations, and other conservation advocates to find solutions for areas outside the Upper Green. We need to agree on a suite of effective, common sense regulations that will offer the same strong air quality protections and keep natural gas in the pipe for every area of Wyoming, no matter the zip code. 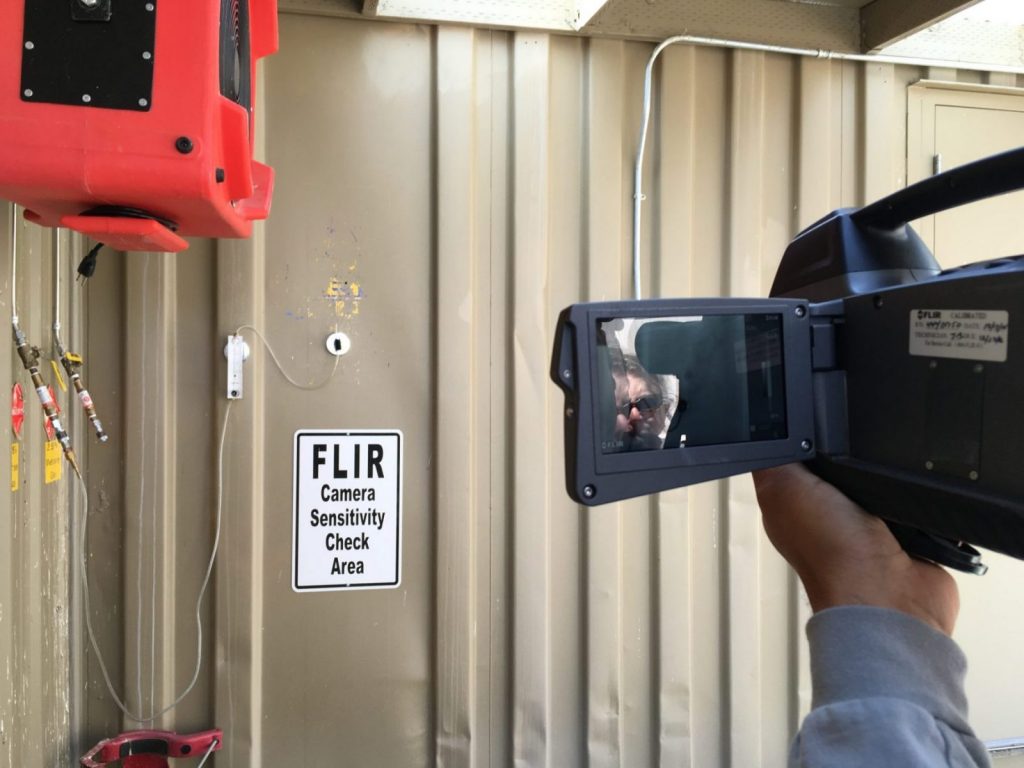 Jonah Energy’s FLIR camera is calibrated using an intentional small methane leak prior to use in the field. Photo: Amber Reimondo

In the area of fugitive emissions mitigation, Jonah Energy is a leader and an example of what can be done when industry leaders step up to the plate for more than just their own bottom line. My next post delves deeper into my visit and field tour with Jonah Energy, which offered a bright light in what can feel like an overwhelming problem. I’ll explain further the technology and proactive protocols this company proudly uses to get out in front of the problem of fugitive emissions and why, even in a slumped natural gas market, Jonah Energy’s FEM program is “more than paying for itself.”