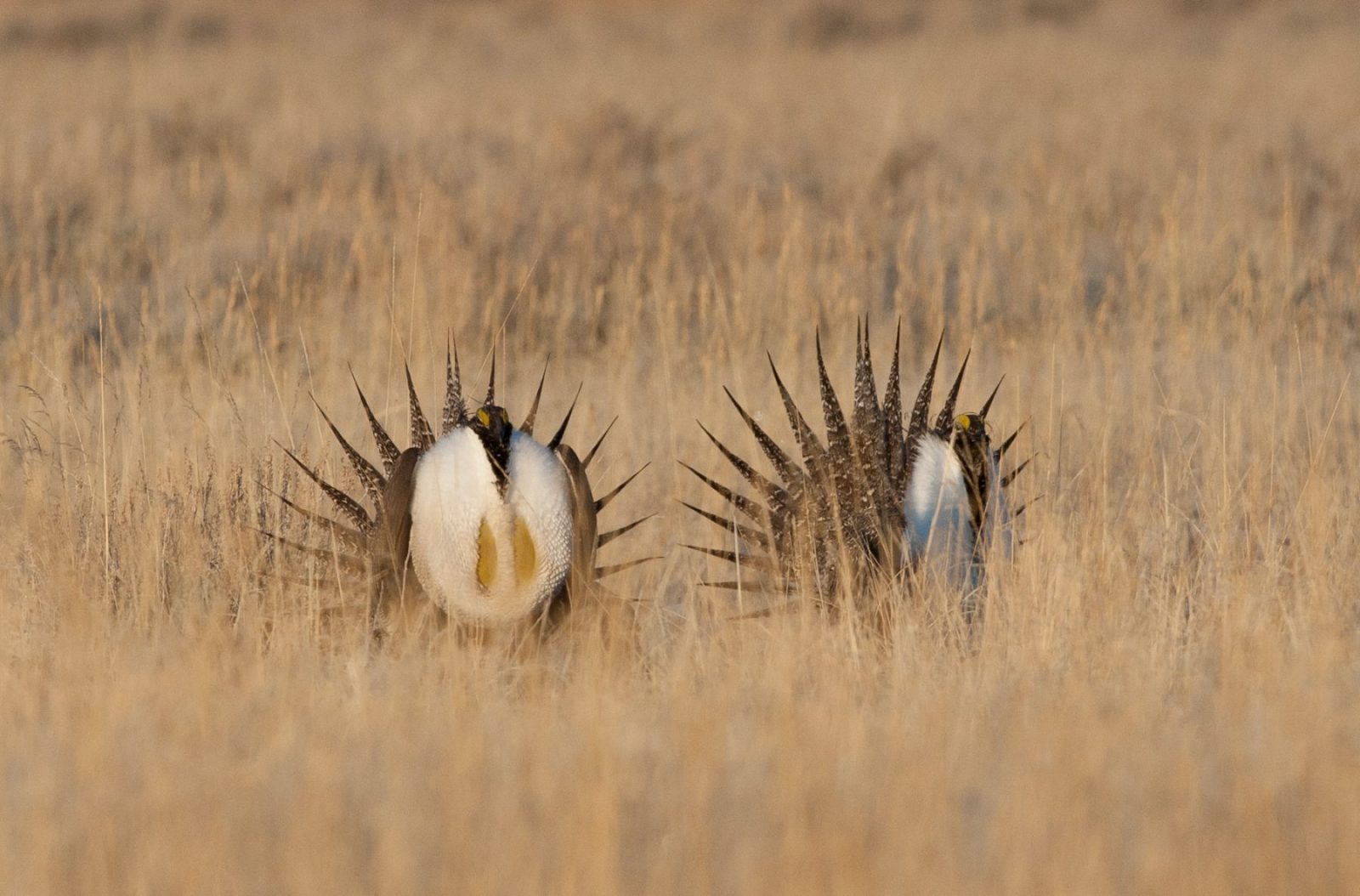 At the start of 2022, the federal government plans to lease more than 179,000 acres of public lands in Wyoming for oil and gas development.

While the Wyoming Outdoor Council appreciates that the Bureau of Land Management removed many parcels within “priority” or “core” sage-grouse habitat from this sale, most of the remaining parcels are still well within the imperiled bird’s range. Sage-grouse are in steep decline across the West, and the federal government is currently updating its management plans in an effort to prevent an Endangered Species Act listing. Until we have an updated strategy, based on the best available science, we should not be offering up sage-grouse habitat for industrial development.

The BLM is accepting public comment until Dec. 1. If you have a moment, please to send a brief, personal message to the BLM asking that sensitive wildlife habitat be removed from the sale.

As you may know, lease sales were paused early this year so the Department of the Interior could conduct a review of the program because of fiscal waste and problems with accountability and transparency that the Government Accountability Office has flagged for decades. That review has still not been completed, but for the time being a federal judge has ordered leasing to resume.

The upcoming sale illustrates some of the faults with the current leasing system. It includes parcels adjacent to wilderness study areas, in some of our best wildlife habitat, and in areas that are highly prized for backcountry recreation and hunting — even though they’ve been shown to have low potential for ever producing oil and gas. The BLM did not meet its obligation to consult meaningfully with Tribes that have ancestral ties to the region. And the environmental review did not consider localized impacts of climate change, such as the effects on wildlife habitat, water resources, or wildfires.

Five million acres of public lands in Wyoming are leased for oil and gas but not yet developed. Clearly the industry has what it needs to continue business-as-usual drilling and production for many years to come, so let’s make sure our irreplaceable wildlife have the space they need to thrive.