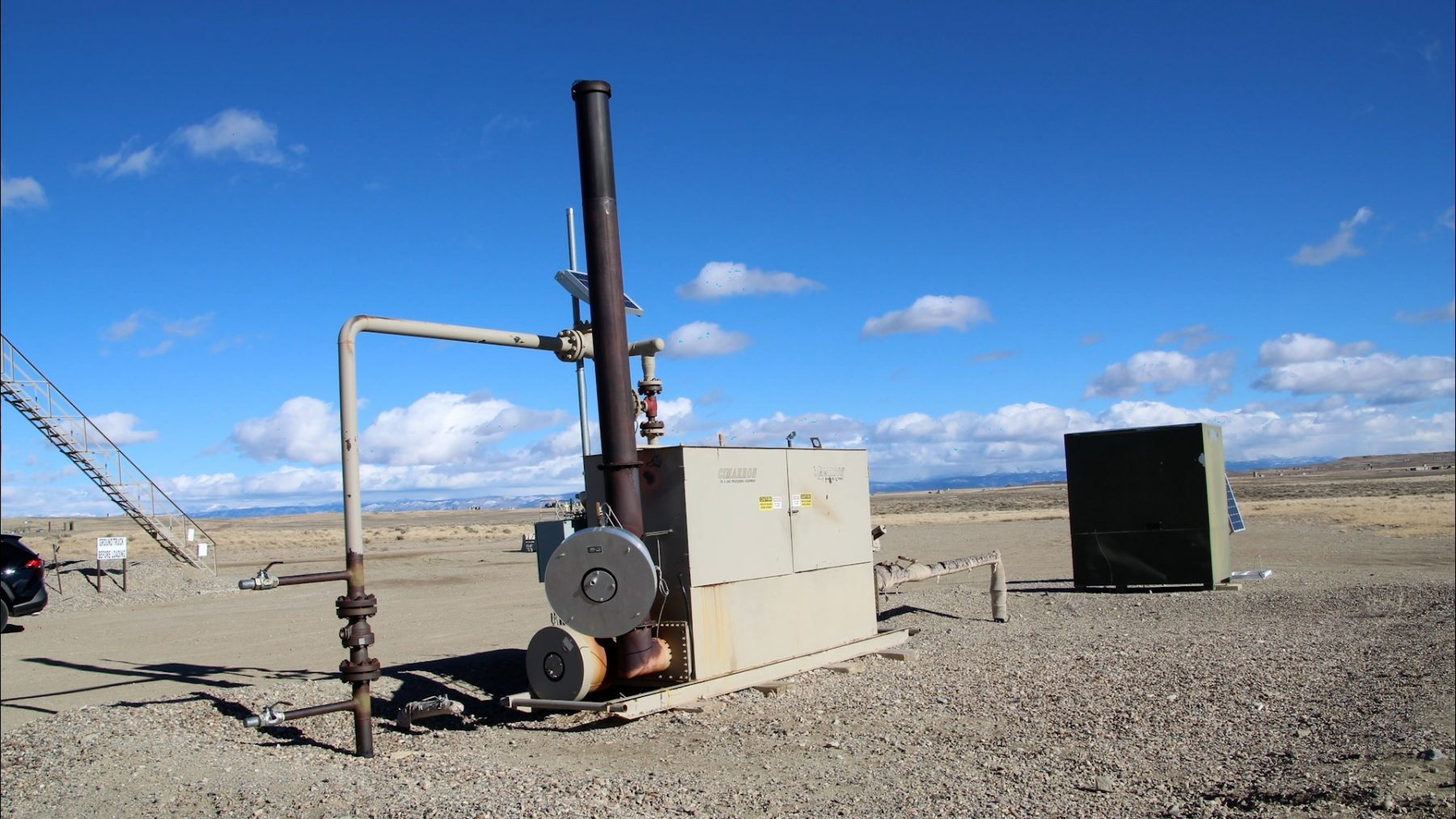 MORE THAN MEETS THE EYE

Whether you ranch, farm, hunt, fish, or ski, there is a season for most things in Wyoming. But there are some seasons that we could do without. Topping that list is “winter ozone season” in the Upper Green River Basin of Sublette County.

For nearly two decades, the Wyoming Outdoor Council and Pinedale-based Citizens United for Responsible Energy Development (CURED) have been actively working to improve winter ozone conditions in this region, which is home to the state’s largest natural gas fields. This seasonal phenomenon typically occurs when the right combination of weather patterns, surface reflectivity from snow and ice, and emissions like nitrogen oxides and volatile organic compounds (known as VOCs) all combine to create ozone molecules. When the ground-level ozone concentration exceeds 70 parts per billion, it can have harmful respiratory effects and cause lung damage in people who breathe the polluted air.

While there have been some modest improvements in the region’s air quality since development in the basin started, the basic fact remains that the UGRB, which once boasted some of the cleanest air in the country, remains dangerously close to violating the Clean Air Act’s standards for ozone. The consequences of this violation could be significant not only for the people living, working, and breathing in Sublette County, but for the industry operators who would likely see new regulations to bring the region back into compliance with air quality standards.

To better understand why this area continues its seasonal struggle with high ozone levels, the Outdoor Council teamed up with CURED and a trained thermographer from Earthworks, a community-based advocacy organization, to visit the Upper Green in November 2020 and inspect roughly a dozen oil and gas sites on the Jonah and Pinedale Anticline fields. Our goal was simple: to document examples of permitted emissions from oil and gas facilities on public lands and consider what appropriate next steps regulators can take to continue improving this region’s air quality.

Almost all of the sites our team visited had some detectable levels of fugitive emissions — none of which would have been visible without the use of a state of the art forward-looking infrared camera. These FLIR cameras, which individually cost as much as a high end sports car, provide a glimpse of the otherwise invisible emissions occurring across the Jonah and Pinedale Anticline oil and gas fields.

As part of their operating permits, companies are typically allowed to emit certain levels of pollutants into the atmosphere. Sometimes emissions are vented and released intentionally, while other times they are accidental and the result of old or leaky equipment that needs to be updated or repaired. Both contribute to poor air quality and the region’s ozone season.

One routine and permitted practice in the Upper Green that contributes to the region’s wintertime ozone problems is when oil and gas wells are intentionally “blown down” to clear them of debris and sludge that accumulates over time. Blowdown tanks are often used to hold the residual fluids and gases that are expelled during these events, but this process frequently results in large volumes of fugitive gasses and VOCs escaping into the atmosphere. During a two-month period in the winter of 2020, Jonah Energy reported 1,008 blowdown events totaling over 159 hours of uncontrolled emissions venting. Dozens of other production companies operate in the region and, collectively, blowdowns result in hundreds of thousands of dollars in wasted gas annually and thousands of tons of vented methane and VOCs.

When added up across the landscape, blowdown events and other forms of permitted emissions have the potential to play a big role in the seasonally unhealthy air that impacts the Upper Green. In our day in the field, we were able to document these emissions coming from blowdown tanks, combustor units, and dehydrators. It’s not hard to imagine what that impact could be when multiplied by the thousands of permitted facilities currently operating in the basin.

If the oil and gas industry is going to continue to serve Wyoming as it has historically, it needs to adapt and change to meet the expectations of mostly out-of-state consumers who are increasingly holding energy production to higher environmental and social standards. Based upon our own field observations, a good starting point for Wyoming regulators would be to reduce, and ultimately end, the common practice of using uncontrolled blowdown tanks to vent emissions from oil and gas operations. These emission sources and others should be minimized by being routed to combustors, and more work is needed to reduce the amount of wasted gas that is vented into the atmosphere. While blowdowns are just one of many emissions sources that need to be addressed by operators and regulatory agencies, this would protect public health and air quality. It would also be in the best interest of the industry in the long term.

We look forward to a future trip to the UGRB where the only things to see through a FLIR camera would be the silhouettes of mountains and clouds. But for that future to become a reality, there is still clear work to be done. With states like New Mexico and Colorado taking strong steps to clamp down on uncontrolled venting and set high standards for leak detection and repair, Wyoming’s operators should be following suit to address growing concerns over fugitive emissions, air pollution, and climate change.