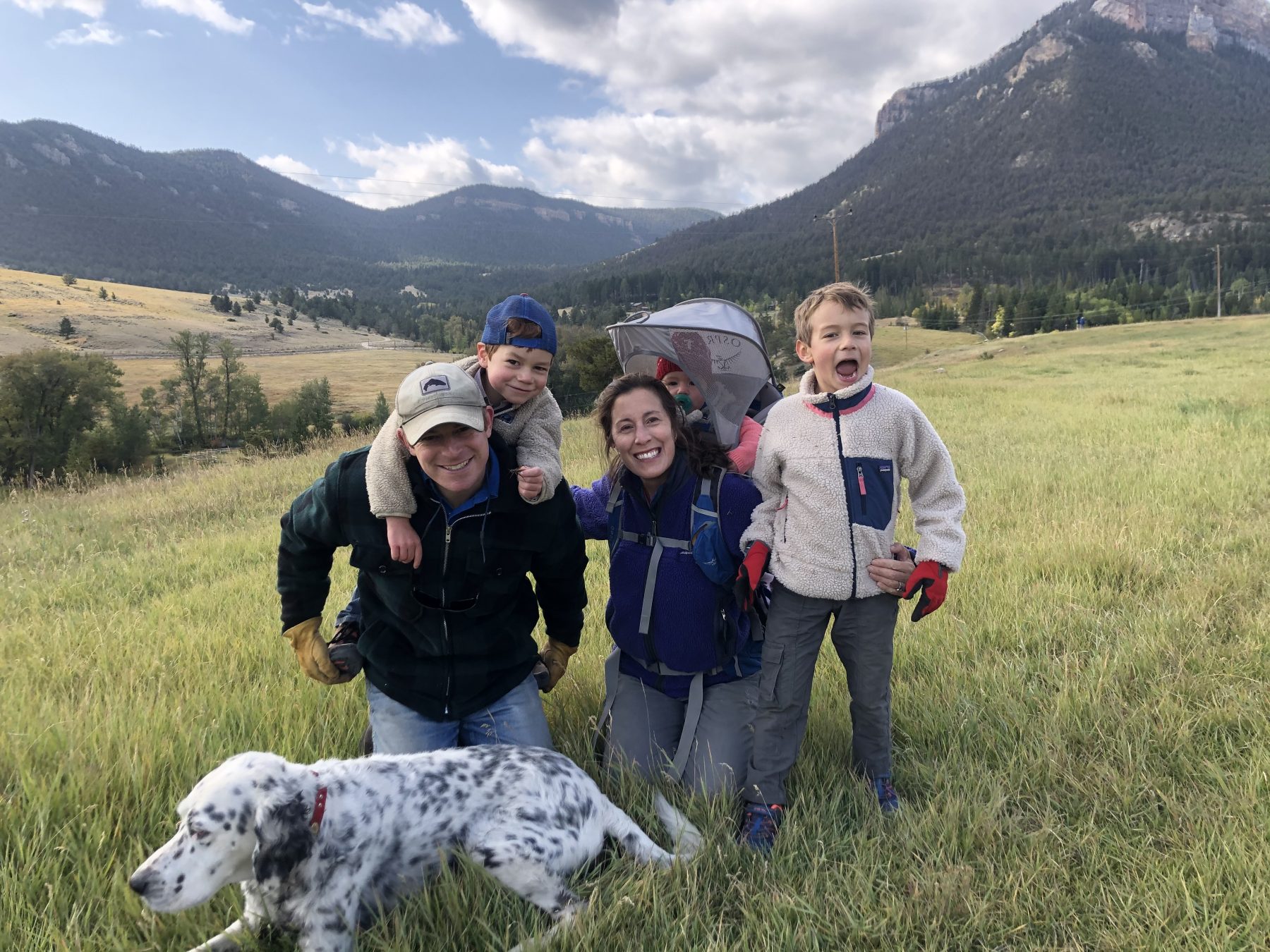 For 54 years the work of the Wyoming Outdoor Council has carried on, made possible by the support of our members. Your passion for Wyoming’s outdoors and willingness to take action to protect it have been a constant. Of course, financial support is also critical to our success, but we learned long ago not to gauge the dedication or generosity of our members based on the dollar amount contributed. In fact, our most generous gift in recent memory was also one of the smallest: $2.

We don’t have a way to confirm this, but those eight quarters may also have come from our youngest donor ever.

Jules Goldwarg is a 6-year-old from Bozeman, Montana. He’s the son of Outdoor Council members Eric Goldwarg and Emily Ridgway, a great nephew of former board member Hap Ridgway, and a big brother to Alden, 4, and Louisa, 1.

The family has a cabin in Sunlight Basin near Cody, where Emily is part owner of the dude ranch and summer camp her family has operated since the 1950s. They spend as much time there as they’re able.

“Jules just decided he loves Wyoming,” Eric said. Horseback riding and exploring the area around the cabin are some of his favorite things to do, and this summer he hiked up Windy Mountain in the Absaroka Range with his cousins. Catching grasshoppers to study (or feed to the trout in Elk Creek) is another popular pastime.

“I also like looking for animal bones with my brother,” Jules said. “We’ve found like 12 cow skulls, and jaws of animals too. And we’ve found antlers up there.”

Back home in Bozeman, the whole family skis, hikes, and mountain bikes, and Jules accompanies his dad on pheasant hunts. But they work hard, too. Eric is an attorney, Emily is a physician, and Jules has an ambitious list of chores.

Helping with the dishes, making his bed, and fetching firewood for the cabin are priorities, but he also cleans his room, feeds the dogs, and keeps his things organized for school. And he picks up pine cones in the yard, even though that’s too much fun to be considered a chore.

The payoff: 25 cents a day in allowance, or slightly less if he’s gotten an advance to buy a gumball.

“I get my allowance on Sunday. Once I get it, I put it in my piggy bank to save. My idea is to save it for college even though I have absolutely not enough… I don’t even have enough for one year of college.”

Mom and dad are putting some money aside too, Eric assures him.

Late last year, the Outdoor Council’s annual photo calendar had just arrived and Jules was flipping through it.

“You were looking through the calendar and enjoying it, and there was that little donation envelope, right?” Eric reminded him. “And you read the envelope and wanted to know what it meant and why they ask for money.”

After some thought, Jules decided he should send $2 to help the places in Wyoming he loves most, like the mountains he explores with his family and the creek where he catches grasshoppers.

It’s not every day someone recognizes that what they value most about Wyoming needs to be protected if it is to endure, and that they have the power to make that possible. And it’s certainly not every day that someone feels moved to give two weeks’ of their hard-earned pay to an organization like ours. We’re grateful for all of our members, but a special thanks goes out to Jules for surprising us with his thoughtful generosity — and his parents for inspiring a new generation to be good stewards of Wyoming’s outdoors.