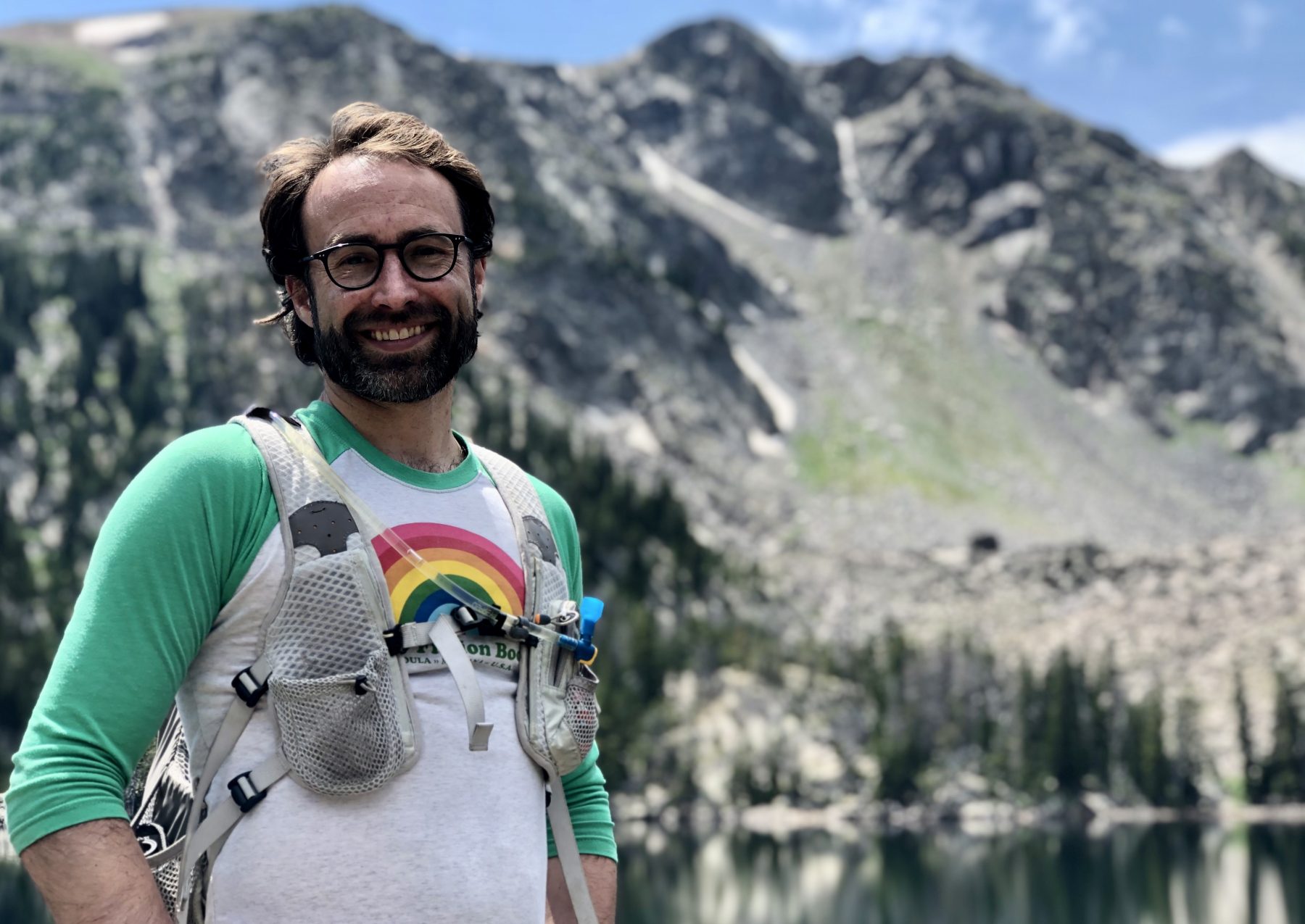 Ryan Sedgeley didn’t take the traditional path to law school. Instead, the Colorado native studied photojournalism in Denver, worked at a newspaper on the Oregon coast while living as part of an intentional community, and spent most of the last eight years in and around national parks.

Ryan — the Wyoming Outdoor Council’s 2020 summer legal intern — is now studying law at the University of Wyoming, and working concurrently toward a master’s degree in environment and natural resources through UW’s Haub School. The willingness to forge his own path may come in handy this fall, as he transitions to online and hybrid classes due to COVID-19.

“I’ll be doing it all online, which has the double benefit of me being able to stay here with my wife and not having to be long distance again,” Ryan said. “Though I’m really dreading 17 credit hours over Zoom.”

Ryan’s wife Nicole is a full-time interpretive ranger in Yellowstone National Park, where the couple currently lives at Madison Junction. Ryan worked as a seasonal ranger himself in 2016, and has volunteered for the park service every summer since about 2012. His upcoming master’s thesis will focus on the Yellowstone bison herd’s migration between the park and Paradise Valley, Montana.

Over the summer, Ryan has worked hand in hand on public lands issues with Outdoor Council conservation advocate John Rader. His first major contribution was researching tribal consultation related to the draft environmental impact statement for the Wyoming Pipeline Corridor Initiative, which seeks to designate a 2,000-mile pipeline right-of-way across the state.

“The [Bureau of Land Management] is supposed to consult with different Native American tribes on pretty much everything, and have an ongoing relationship with the tribes … and obviously that’s not the case right now,” Ryan said. “In particular with this project, they seemed to really gloss over any kind of engagement with the tribes. They sent out one letter.”

Once the Outdoor Council submitted public comment on the pipeline project, Ryan shifted gears to research the potential impacts of a federal land use plan in southwest Wyoming. Specifically, he’s looked into areas of critical environmental concern, tribal consultation, and how the plan may align with local and state laws.

After graduating from UW he hopes to stay involved with issues related to bison, or working toward policies that help atone for America’s history of taking lands from Indigenous people.

“I really just want to have work that is meaningful and makes the world, ideally, a little better or heals some past harms,” Ryan said. “I love the idea of working with our public lands. I’ve been living in and around them my whole life, especially the last eight years in national parks, so those are near and dear to my heart, as are Indigenous issues.”

He and Nicole hope to settle down in the greater Yellowstone region permanently.

“It’s the place that feels like home to us,” Ryan said.