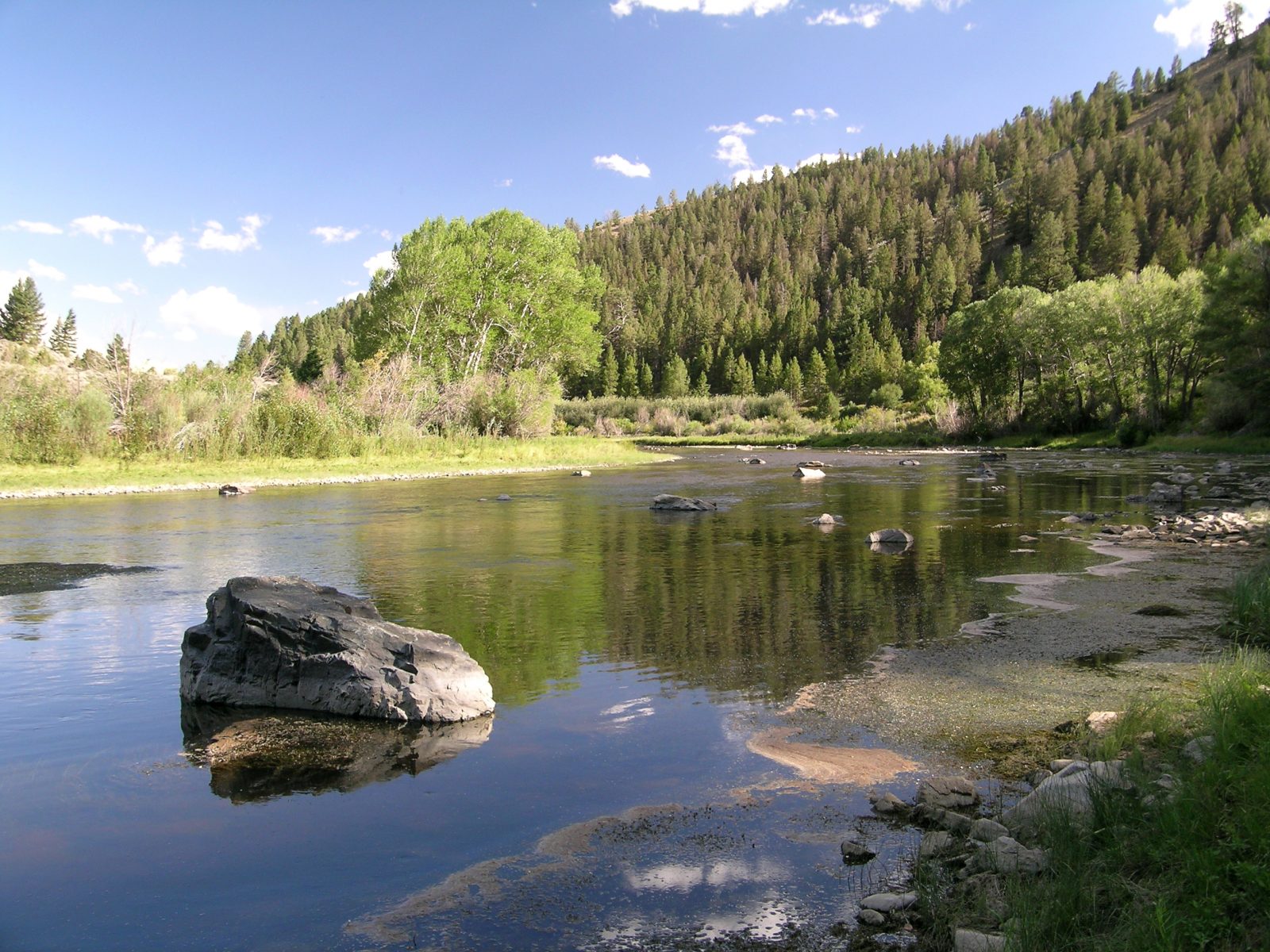 Wyoming relies on clean water. From our world-class fishing and recreation, to irrigation and municipal use, clean water is a cornerstone of Wyoming’s economy and our way of life.

That’s why it was no surprise that hundreds of citizens packed two recent meetings to learn more about the Wyoming Department of Environmental Quality’s proposed “surface discharge permit” for wastewater from the Moneta Divide oil and gas project.

Unfortunately, the dense, highly technical proposal — which would allow more than 8 million gallons per day of oilfield wastewater to be discharged into Alkali and Badwater creeks — does not adequately address environmental and human costs, and it seriously threatens the health of those creeks, Boysen Reservoir, and the communities downstream.

The DEQ’s proposal also sets up a false dichotomy: that Wyomingites must accept lesser water quality in exchange for the jobs and revenue that the Moneta oil and natural gas expansion plan promises.

The people of Wyoming know better.

There are solutions that allow for continued energy development in this area that don’t also risk the health of communities, fisheries, or the places we love. The DEQ needs to consider them.

Thousands of people rely on Boysen Reservoir and Boysen State Park for fishing, camping and recreation, as well as the revenue those activities provide. Recognizing that, the DEQ rules designate Boysen Reservoir a “high quality water” requiring “the highest statutory and regulatory requirements for all new and existing point source discharges . . . ”

Boysen flows into the Wind River, a vital resource for many communities. It cuts through the beautiful Wind River Canyon and becomes the Bighorn River at Wedding of the Waters just south of Thermopolis. The Blue Ribbon trout fisheries are integral to outfitters and the local tourism industry. The Bighorn provides municipal water for Thermopolis, and is a lifeline for irrigated agriculture throughout the Bighorn Basin.

The DEQ’s wastewater surface discharge proposal is the linchpin to a major drilling expansion in the historic Moneta Divide oil and gas field east of Shoshoni. Texas-based Aethon Energy, the main operator in the field, wants to add up to 4,100 new wells over the next 15 years. The project would support hundreds of jobs and provide an economic boon to several communities in the area that desperately need it. But the scale of the expansion, and the geology of the Moneta Divide field, present a major challenge.

The targeted oil and gas formations are laden with dirty water that would be brought to the surface with the oil and gas, requiring a massive undertaking to properly manage large volumes of “produced” water in a way that meets legal standards to protect existing clean water resources and uses.

The Moneta Divide oil and gas field currently has a reverse-osmosis water cleanup plant — the Neptune Water Treatment Facility. But the facility can handle only a small portion of the produced water that Aethon must manage. The field is also equipped with several wastewater injection wells, and Aethon’s proposal calls for several more injection wells to be constructed, as well as surface pits and other water handling methods. Even so, the massive volume of produced water still exceeds the capacity of these systems.

The DEQ proposes to allow Aethon to dump up to 8.27 million gallons per day of untreated and partially treated produced water into the riparian Alkali and Badwater creeks. The highly saline wastewater, which contains a long list of pollutants, would flow 40 miles west to Boysen Reservoir to settle and dilute in a “mixing zone” in Boysen’s Badwater Bay, according to the proposed DEQ permit.

In its proposal, the DEQ’s Water Quality Division relied on modeling and analysis from a consultant hired by Aethon Energy to determine that the discharge would not result in adverse impacts to human health or aquatic life in Boysen Reservoir, and would result in only minor, acceptable decreases in water quality in the Wind and Bighorn rivers downstream of Boysen.

Our analysis suggests otherwise. For the past two months, we’ve worked with fisheries biologists, hydrologists, and other scientific experts to take a closer look at the DEQ’s proposed discharge permit and the modeling it’s based on. We’ve found a number of flaws resulting in significant threats to the state’s surface waters, and will point these out to the DEQ in our written comments.

what we’ve discovered so far:

The previous owner of the Moneta Divide field, Encana, proposed a number of options to avoid problematic surface discharge of wastewater and the environmental damage it would cause. Among its solutions were deep well injection and treating the wastewater to Class 1 standards, then piping and discharging it into Boysen Reservoir. But the DEQ hasn’t considered any alternatives beyond the surface discharge proposed by Aethon, even though such analysis is required by the DEQ’s own rules.

We’re asking the DEQ to analyze other options. If surface discharge is necessary, the produced water should be purified and piped to Boysen Reservoir, not dumped into Alkali and Badwater creeks, where the environmental impacts will be devastating.

If done right, the Moneta Divide Project could be a “win-win” for local economies and downstream communities. The construction of advanced water treatment facilities and pipelines to transport purified water from the Moneta Divide field to Boysen Reservoir would provide high-paying jobs and protect the environment.

If done incorrectly, the discharge of massive quantities of produced water could devastate the Wind River and Bighorn River blue ribbon fisheries, contaminate municipal drinking water supplies, and render irrigation water unsuitable for crop production, leaving a legacy of pollution for future generations to clean up.

A robust energy industry doesn’t mean we must sacrifice our vital clean water resources. Energy development can be done responsibly.

Please join us in asking the DEQ and Aethon Energy to go back to the drawing board and develop a proposal that protects water quality for present and future generations.

Click here to read a fact sheet about the DEQ’s proposed surface discharge permit and tips about how to provide a comment (public comment is due by July 5).

Click here to read a fact sheet about the BLM’s draft EIS for the Moneta Divide Oil and Gas Project, and for tips about how to provide public comment (public comment is due July 18).