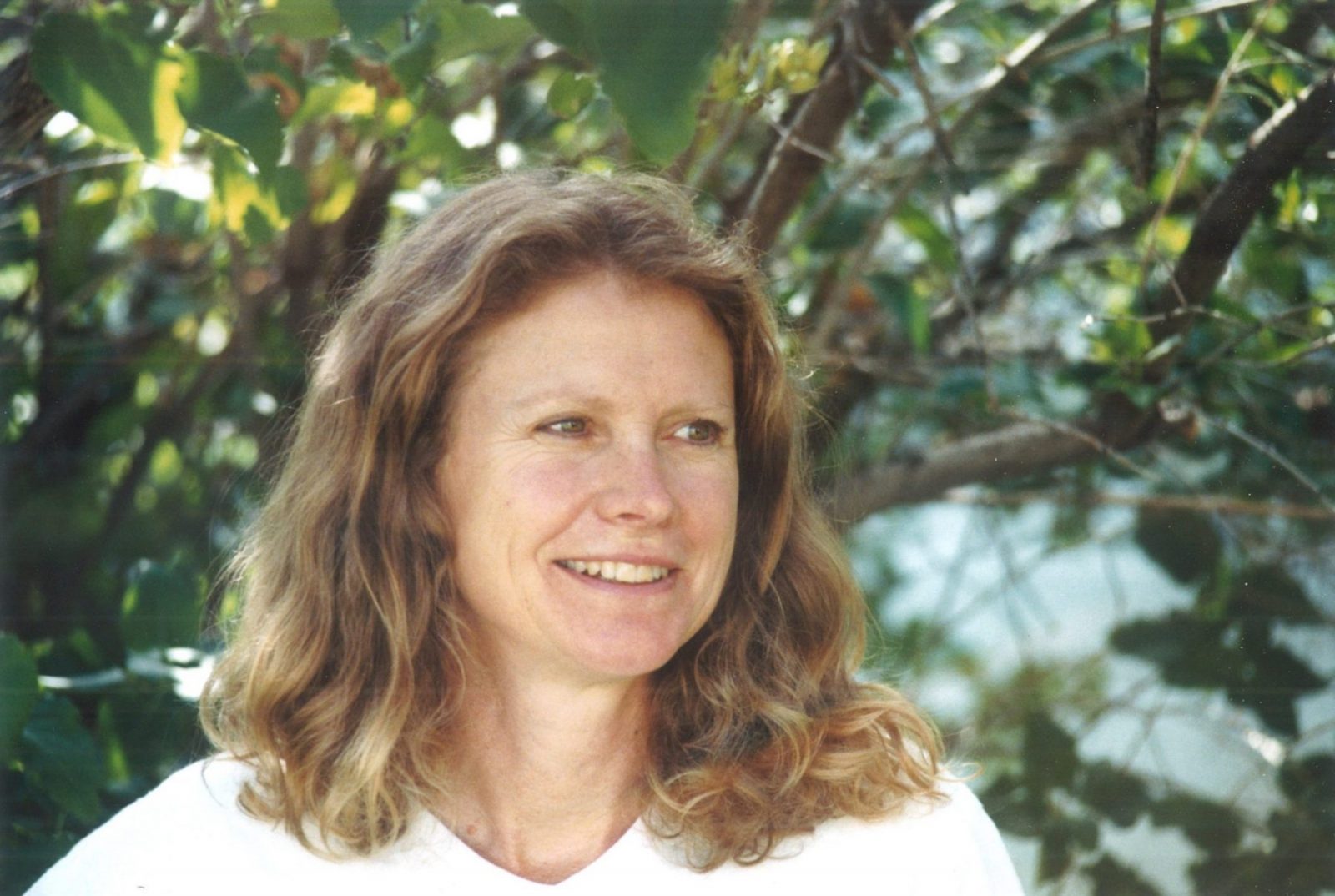 Since 1991, Bonnie Hofbauer has served as the beating heart of the Wyoming Outdoor Council. As office manager she’s kept computers, phones, copiers, and databases humming in tune — from the days when there was only one box-like Mac computer in the office to the age of smartphones. But it’s her personal touch that’s really helped keep the Outdoor Council functioning as a collective of people coming together for a common cause.

This month we bid Bonnie a bittersweet farewell as she retires after 27 years of service. She’s worked with seven different executive directors; dozens of staff, members of the board of directors, volunteers, interns; and hundreds of the Outdoor Council’s members and friends. These are the relationships that make a successful organization, and Bonnie has been at the center of them all.

I sat down with Bonnie before she left to try to get a sense of her experience at WOC. Here she is, in her own words.

How did you arrive at the Outdoor Council?

I was working at a pizza joint in Lander, and Steff Kessler came in with a friend. They had pizzas and they had beers, and neither one of them had any money. I didn’t know either one of them, but I said, ‘Well, that’s fine. I’ve got tips. I can pay your tab and you can come in some time and pay me back.’ And they did come in and pay me back. I didn’t know Steff at all then.

Dan Heilig and I were both working at NOLS, and we’d heard that the Wyoming Outdoor Council was moving from Cheyenne to Lander. We talked to each other and said, ‘Boy, that’s pretty neat.’ We were excited that they were coming to town. We didn’t know what that meant, exactly, at the time. But we were excited for it to come to Lander.

At NOLS I volunteered to manage recycling, which was done by the Wyoming Outdoor Council. And so we’d have recycling meetings at the WOC office, and Steff Kessler was the executive director at that time. … WOC worked on environmental and conservation issues, and we were excited about that. Steff invited me to apply.

What were some of the big issues then?

The biggest issue came in 1992, and that was the monitored retrievable storage for spent [nuclear] fuel rods. That got me roiling because I remember in 7th grade learning the half-life of nuclear waste, and I thought, ‘Oh my god, how could they possibly consider doing that?’ I was real upset about that, and that was true for a lot of folks in town, too. I couldn’t walk anywhere in town without people coming up to me and saying, ‘Oh my god, what can we do?’ I’d direct them to all of the meetings we were having at that time.

We used to get death threats on our answering machine. It was just so totally wild, because we’d have all of these meetings, and the industry reps were just astounding. They were all dressed up real spiffy and all very uptight. It was just a weird time. And when Governor [Mike] Sullivan announced we were not going to do that, oh my goodness. Steff, Dan, and I were all in the office and we hugged and we were all just so happy. Steff became my hero then because she just held their feet to the fire the whole time, and she just did such a good job with that.

There was one time that Steff couldn’t attend the meeting, and I felt so strongly about it I went up and told them what my concerns were, at the podium and the microphone. And that’s something that I just don’t do. I just decided I had to say something about it. And then years later, Barb Oakleaf, who served on the board, said she’d seen me at that meeting and that prompted her to get involved with the Wyoming Outdoor Council, and she got on the board. I remember, she said, ‘Never underestimate your ability to be the right person, at the right time, in the right place, with the right voice to make a difference.’ She said that me standing up there and saying what I did about spent fuel rods, that that made her get more involved. And that’s such a powerful statement, because that applies to anybody. You never know who you’re going to reach, and that’s why this work is so important.

What are some fun stories you can tell?

Who are some of the people you’ve worked with while at WOC?

Oh gosh, there’s been so many. But that’s the thing that I like about being here for so long, because all of the staff and board and members and volunteers and interns that I’ve met through these doors have been wonderful people all the way around. In fact, there’s one gal, a member from the Bronx, we’re kind of pen pals, and we’ve been pen pals for 16 years. I wrote her a letter and told her I was going to be leaving, so she wanted to make sure to get my home address and my phone, and she gave me her phone number and we’re going to start calling.

I’ve gone through a whole lot of people — seven executive directors. I can’t even start counting how many people: interns and staff and volunteers and all of that. But I’ve worked with a gob of people, and I try to help them out with their jobs and keeping an even keel and a good working atmosphere here in the office.

Tom Bell is the guy behind this. Tom was great, he was just great for getting everybody going. And he’d get so spittin’ mad over the issues, especially climate change. And he’d be spittin’ mad over his laptop because he kind of came to the computer world at a later date. And he’d get so doggone mad at me about his computer. Tom and I had a great relationship. I just really enjoyed Tom, such a great person. And I spent a lot of time with him toward the end. I’d go over and he’d tell me war stories, and we’d laugh together and we’d cry together, and just … we’ve got to keep the fight going for Tom. Tom is the key person who brought us all together, and he’s just so far reaching. He wouldn’t quit. He’d be a thorn in somebody’s side until he got some results.

How have things changed in terms of discourse around conservation work?

I know in the past people — staff and some board members — thought we might be losing our bite or something because we’re more collaborative and that sort of thing. But, you know, I think WOC has more respect, mainly for our 50 years. And there’s nothing without collaboration and working with people. I think if you’re going to fly off the handle at every little thing, I don’t think you get people’s attention that way — or you get the wrong kind of attention. I like our collaborative approach, and we’re not sue-happy by any means. We kind of use that as the last tool in the toolbox. I like the direction WOC is going.

What are your plans for now?

My husband Phil and I are  going to take a break. We are going to go quail hunting down in Arizona, take three weeks and camp out. We have two rescue bird dogs. And then from there we’re just going to see how it goes, because we don’t know.

We’re going to miss you, Bonnie! 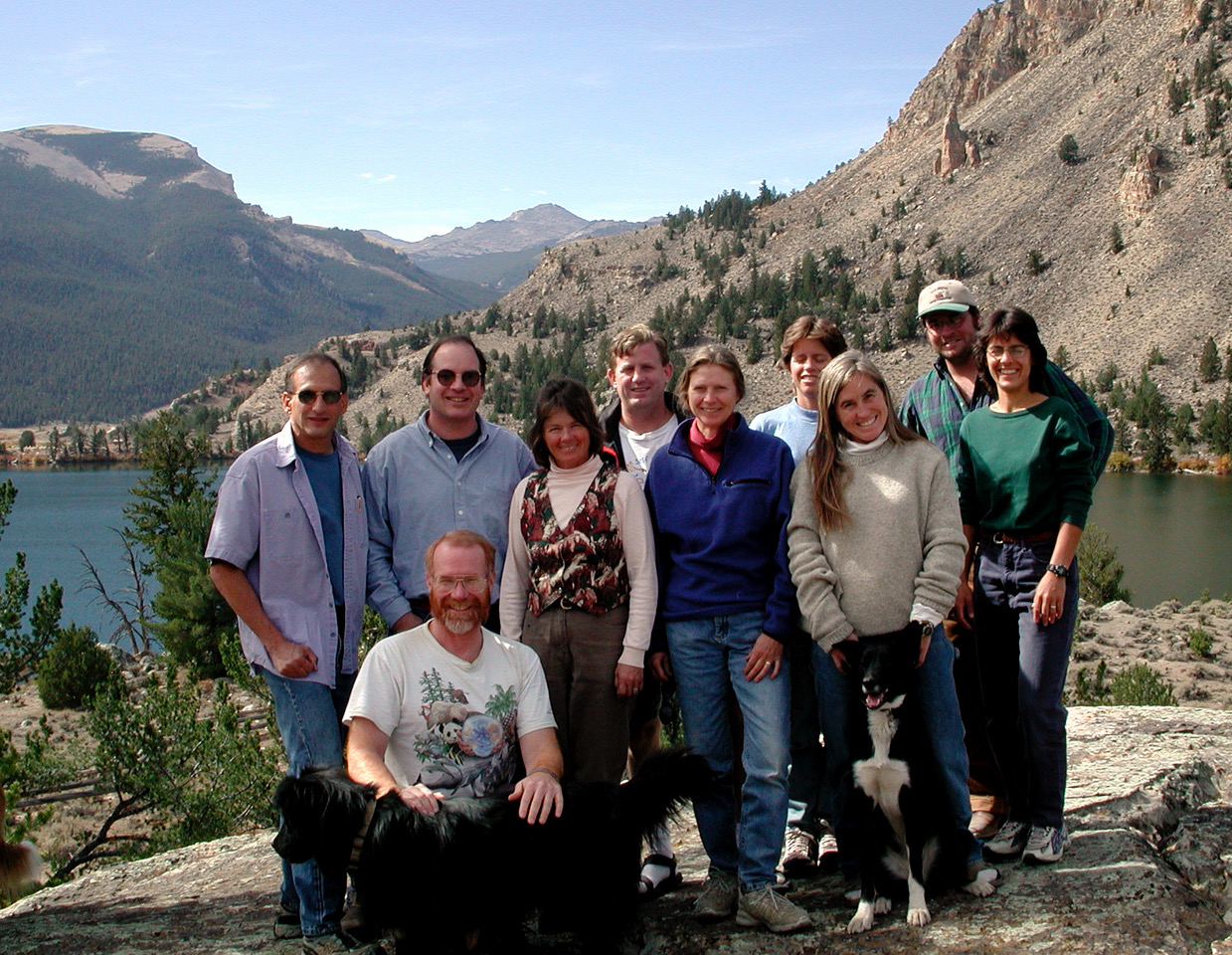 It’s impossible to express what Bonnie means to us here at the Outdoor Council. “She has been the glue that has kept WOC together as a family for so long,” Steff Kessler said. “She took a personal interest in our members and staying in touch with former board and staff, and sheparded our membership with love and attention. She’s got a great sense of humor and is always the grounded one when the rest of the office is going nuts.

“I remember once how she came into my office when I was executive director in the ‘90s and told me I had to chill more,” Kessler continued. “She reminded me that right after I’d taken a trip to Africa the year before I had a more mellow attitude and had attributed it to the Kenyan hakuna matata attitude there. The next year Bonnie was sternly telling me ‘You need to get that  hakuna matata attitude back!’

“I’ve spent a lot of time with Bonnie — had beers together at the Lander Bar, we ate bear stew together, and I was part of the women’s swimming group with her. She builds community around her wherever she goes, and it feels like we’re saying goodbye to a big part of our WOC hearth and home.”

Dan Heilig, another former executive director and longtime staffer, said it’s difficult to describe Bonnie’s contribution to the Outdoor Council. “She is and has been for all those years steady, passionate, funny, flexible, committed, hard working, courageous, dedicated, witty, understanding, rock solid, reasonable. I think maybe she’s a saint, or perhaps even a god — like a Viking goddess.”

Our current director Lisa McGee said she will miss Bonnie’s steady presence, her kindness, her vast knowledge of our membership, and her sense of humor. Bonnie is an avid knitter, and Lisa said she’ll also miss comparing notes on projects they’re both working on. “We wish Bonnie and Phil the very best in their retirement and time together. It is with such deep affection and gratitude that we say goodbye for now to Bonnie.”

We want to hear your stories!

If you’re one of the hundreds of people who has had the pleasure to work with Bonnie during the past 27 years and have a story or memory to share, we want to hear from you! Just post in the comments section below. Bonnie’s already gone hunting, but we’ll make sure she sees your thoughts!