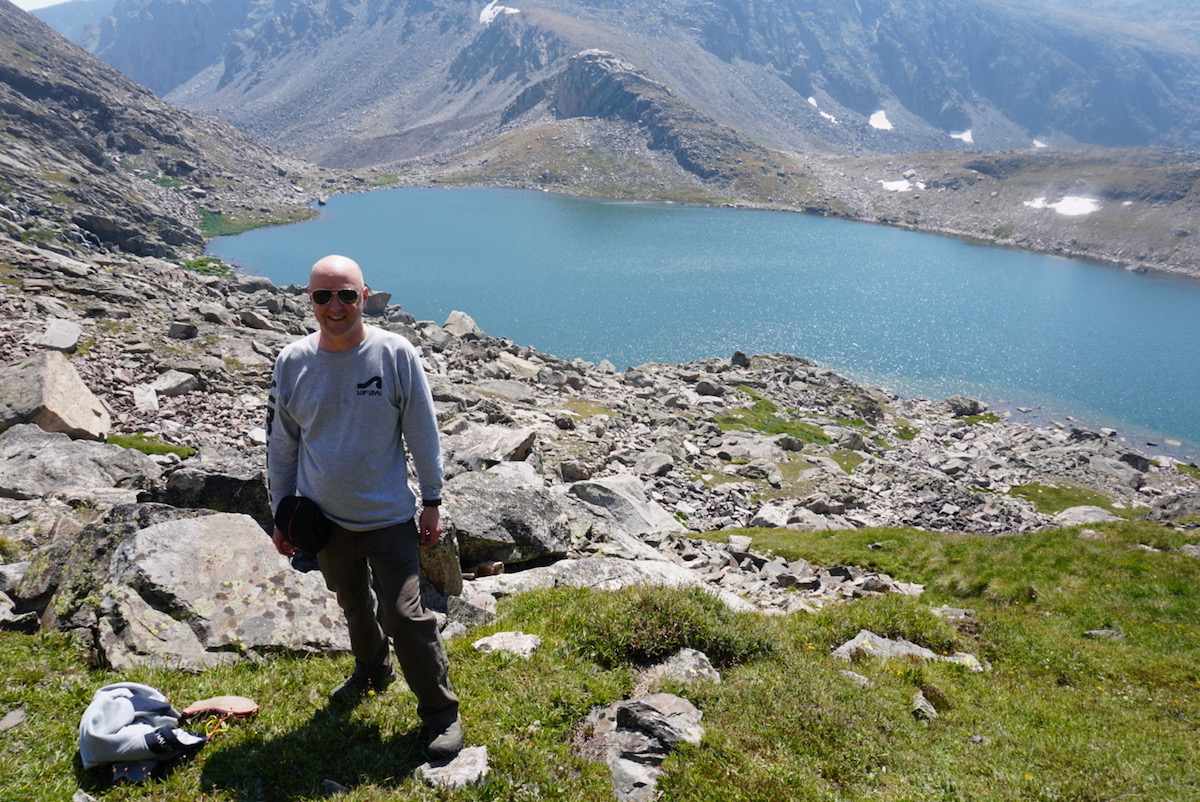 Dustin Bleizeffer in the Bighorn Mountains.

In January 2018, Dustin Bleizeffer joined the Outdoor Council as its new Communications Director, a role that will enable Dustin to strengthen our communications capacity, grow our influence and effectiveness in the state, and expand our network of engaged citizens through communications, marketing, and media relations. Outdoor Council director Lisa McGee has followed Dustin’s career for a long time. “His thoughtful and thorough coverage of many of the issues we address—from public lands and energy to public health—has impressed me,” she said. “The insights and skills he brings to the Outdoor Council will help us communicate more effectively about our work, reach new audiences, and ultimately affect change. I’m so happy to welcome him to our staff.” Below is a short bio for Dustin, and a few questions we asked him to get to know him better. We hope you’ll join us in welcoming him to the Outdoor Council—you’ll be hearing more from him soon! In the meantime, you can reach out to Dustin at dustin@wyomingoutdoorcouncil.org or 307.267.3327.

Dustin grew up in Gillette and worked in the energy service industry before earning his journalism degree at the University of Wyoming. He cut his teeth as a reporter at the Gillette News-Record and worked 10 years as energy reporter at the Casper Star-Tribune. He covered the coal-bed methane gas boom, from the rollicking early days when hundreds of amateur producers rushed into the Powder River Basin, to the bust when thousands of wells were abandoned for the state to clean up. His reporting was integral to reformations of the state’s split-estate mineral ownership laws, and he helped shine a light on the pitfalls of poorly managed energy development. He became editor-in-chief of WyoFile in 2010 and helped grow the fledgling organization into Wyoming’s premier in-depth, nonprofit news organization. Dustin spent 2016 and 2017 at Stanford University as a John S. Knight Journalism fellow, where his work inspired a project to build interdisciplinary teams of science, technology, and journalism experts who engage with and respond to communities of the rural American West as they take on local challenges. He lives in Casper with his wife, Kristy.

When did you develop an interest in conservation?

Early, when I was growing up in Gillette and spent a lot of time fishing with my father and his friends from the coal mine. Sometimes they’d talk about how surface mining methods in the Powder River Basin were less disruptive than mining in Appalachia where they removed mountain-tops and filled in valleys. That blew my mind as a concept — mountaintop removal. But they also worried about whether emissions from coal and whether their jobs that paid well and allowed them to enjoy Wyoming’s outdoors might also be harmful. When I first started reporting about global warming I had a lot of interesting conversations with friends and family in Gillette. I quickly realized that the best I could do is educate myself and seek out the best science-based information possible — to never back down from the truth, to listen carefully and respect people’s concerns for how policy decisions are often driven by power rather than reason.

What has surprised you most about working as a journalist in Wyoming?

Definitely it was, and still is, how mythologies die hard. Perhaps I was a little naive, but when I started out reporting I was shocked at how people assumed that if you were from Wyoming you were politically conservative. Same with attitudes toward the federal government — that Wyoming is a fiercely independent live-and-let-live state constantly mistreated by the “feds.” Yet when you spend time with just about anybody — at kitchen tables, in the field, and in meeting rooms — you discover an eagerness to find solutions. Wyoming people want to be heard, and they want to be respected for the knowledge and experience they bring to these discussions.

What excites you most about working at the Outdoor Council?

I get to work with an incredibly talented and driven staff that’s solutions-oriented, but doesn’t back down from Tom Bell’s vision: to conserve Wyoming’s landscapes for the enjoyment of current and future generations. As editor-in-chief of WyoFile, I had the opportunity to step outside of beat reporting and learn how to work as a team and to be more responsive to the public. The Outdoor Council excels at engaging with its members, and I think you’ll see a more visible Outdoor Council as we grow our ability to connect people to a cause and a call to action.