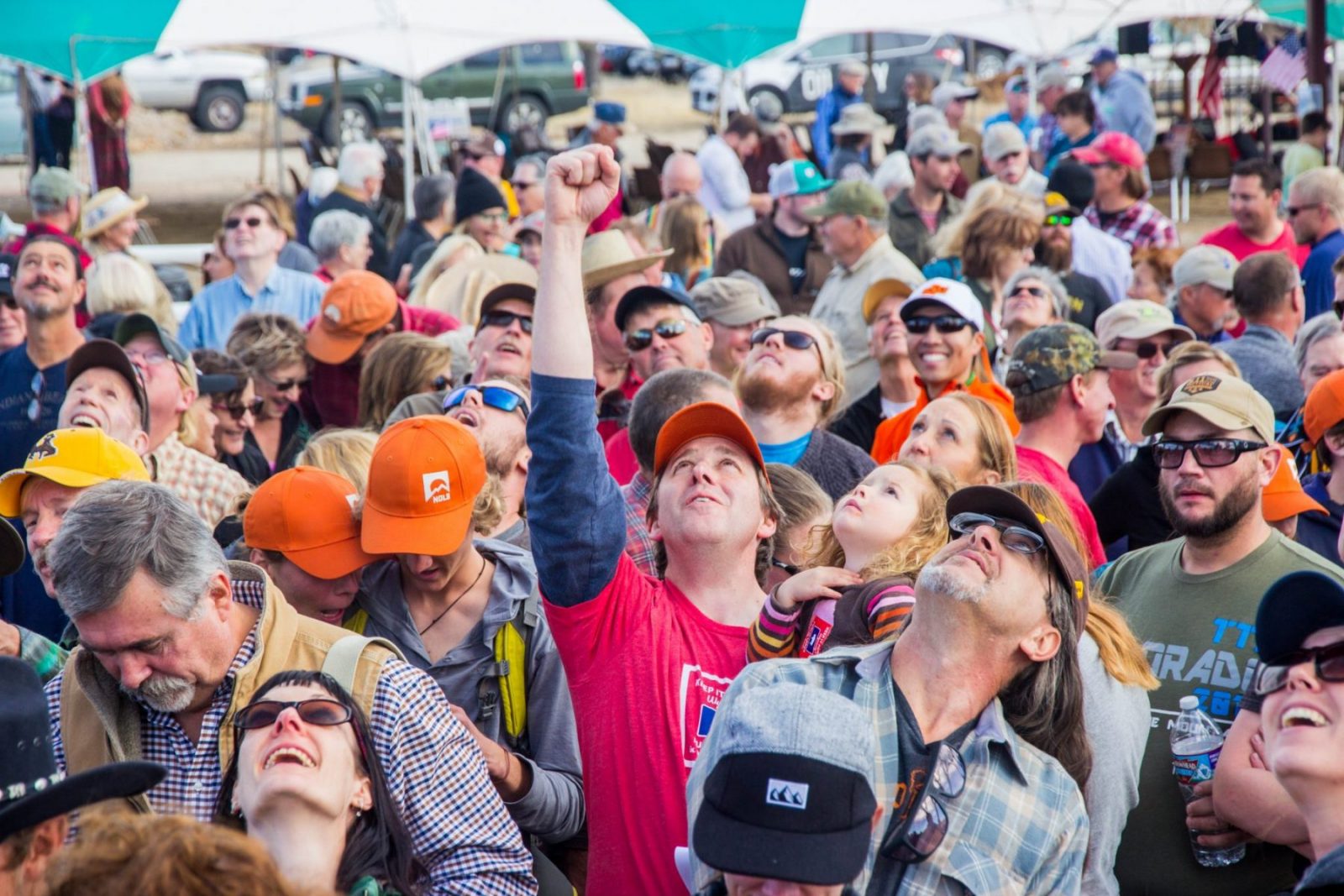 Ask any Wyoming Outdoor Council staffer and they’ll tell you: Protecting what’s best about Wyoming is a team effort.

From removing illegal fencing that harms wildlife, to securing laws that better protect drinking water and air quality, to convincing decision-makers that some landscapes are simply too special to develop, each of the hard-won successes the Outdoor Council has enjoyed since 1967 has come only because members, citizens, and partners came together to stand up for the places and values they love.

In the early 1990s, developers were eyeing Wyoming as the next best place to build in-ground facilities to house low-level radioactive waste.

“[The Wyoming Outdoor Council] learned about this proposal at the last minute, during the first day of a 20-day budget legislative session,” Steff recalled. “We only had four weeks to understand this waste stream, its severity, and what it would include.”

As Outdoor Council staffers scrambled to learn more about the proposal, it became clear that to protect the state and the health of its people, we and everyone involved needed to better understand the regulatory process itself. Given the potential risks, though, along with the state’s lack of experience regulating radioactive waste, staff decided to act quickly to prevent the proposal from being fast-tracked through the Legislature without proper permitting or environmental preparation, study, or review. The best course of action: establish a moratorium.

In order to do that, however, the Outdoor Council needed to generate a groundswell of public support.

The first step, back in the days before the internet, was to activate the membership “phone tree.” The phone tree—which included hundreds of citizens—spurred momentum, as members began calling more and more people across the state to spread the word. But what really got things rolling was a full-page ad in the Sunday edition of the Casper Star-Tribune.

“The ad was basically a call to arms, asking people to call or fax their state senators, and call or fax the governor’s office, and oppose the bill,” Steff said.

The day after the ad ran, the bill came up for a vote in the Wyoming State Senate. Steff recalls that as she waited in the gallery with a few other folks to hear news of the bill’s fate, she and her companions were summoned unexpectedly to the office of then-Governor Mike Sullivan.

There, they were told that the volume of faxes and phone calls coming in to oppose the bill had “broken” both the fax machine and the direct line to Governor Sullivan’s office.

“It was a great example of working with our members and allies, and reaching out to the public to give them the info to chime in,” Steff said. “The general public did not want our state turned into a dumping ground. We knew Wyoming people did not want this here.”

As a result of the tireless efforts of the Outdoor Council, its members, conservation allies, and citizens, the moratorium on low-level radioactive waste storage was added to the Wyoming Environmental Quality Act in 1992. To this day, it requires any applicants for commercial radioactive waste management facility permits to pay a nonrefundable $100,000 fee and to submit a notice of intent to file at least 10 months prior to submission—effectively keeping such projects from being fast-tracked.

2016: “Your favorite place to hike or fish could someday belong to a person who fences it off, and you’d never get to go there again.”

Fast-forward two decades to 2013, when the Wyoming State Legislature began to rumble with plans for legislation to allow the transfer of ownership of federal lands in Wyoming to the state.

The main concern with transferring federal ownership to the state is the risk that these public lands could be privatized—essentially auctioned off to the highest bidder.

“That basically means that your favorite place to hike or fish could belong to a person who fences it off, and you’d never get to go there again,” Steff explained.

Not a great outcome for a state like Wyoming, where nearly half of our land is public, and where tourism and outdoor recreation comprise the second-largest and fastest-growing economic sector.

For three years straight, lawmakers tried to push some variety of land-grab bill through the Wyoming State Legislature. The Outdoor Council found itself constantly beating back those efforts. Then, in 2016, groups from throughout Wyoming and outdoor enthusiasts of all stripes began to take a concerted, organized stand against these efforts.

“We felt that this was an attack on public lands, public access, and all kinds of conservation values like water quality and wildlife habitat,” Steff said. “We also knew that, throughout the West, there is a growing movement to take public lands away from the public and develop them more for special interests.”

In November of 2016, 400 people showed up to a public lands rally in Casper as part of Keep it Public, Wyoming—a diverse statewide coalition of nonprofit organizations, businesses, and groups who collectively support the idea of keeping federal public lands in Wyoming in public hands.

The timing couldn’t have been better: the following week, a legislative committee was slated to consider another land-grab bill—this one, an attempt to amend Wyoming’s constitution to pave the way for state takeover of federal public lands.

Energized by the Casper rally, 100 Wyomingites showed up to the meeting in Riverton to oppose this draft constitutional amendment. When legislators turned a deaf ear to the citizens and instead opted to discuss the amendment at a later date, Keep it Public, Wyoming leaders encouraged its members and supporters to testify at the capitol. But again, when they showed up in Cheyenne, 150 strong, lawmakers told them the committee would not hear public comment on the amendment itself.

The result? Well, you can see for yourself:

By the time the 2017 legislative session began, the public had expressed so much opposition for the bill that the senate president killed it himself.

“This is a great example of the Wyoming Outdoor Council understanding the politics of the state, and of our ability to be nimble,” Steff said. “We really wanted to bring people together with common values, based on our love for public lands and the access and quality of life they provide for Wyoming citizens. As a result of that, we have a huge, diverse group. That group really sent a message to the Legislature, loud and clear.”

The Keep It Public, Wyoming coalition is going strong and has become a powerful voice for keeping public lands in public hands. This fall, they’ve held three successful rallies across the state—in Laramie, Jackson, and Sheridan—to keep citizens engaged and informed about public lands and the threats they face in Wyoming.

If you are not a part of the Wyoming Outdoor Council but you love Wyoming’s public lands, value its clean air and clean water, and choose to live here because of the quality of life these things afford, we’d love for you to join us. Our success and the protection of Wyoming’s future comes from the strength in our numbers.

Click here to join, or continue your involvement with, the Wyoming Outdoor Council. With your support, there’s no limit to the ways we can work together and protect this wild, one-of-a-kind place we all love.