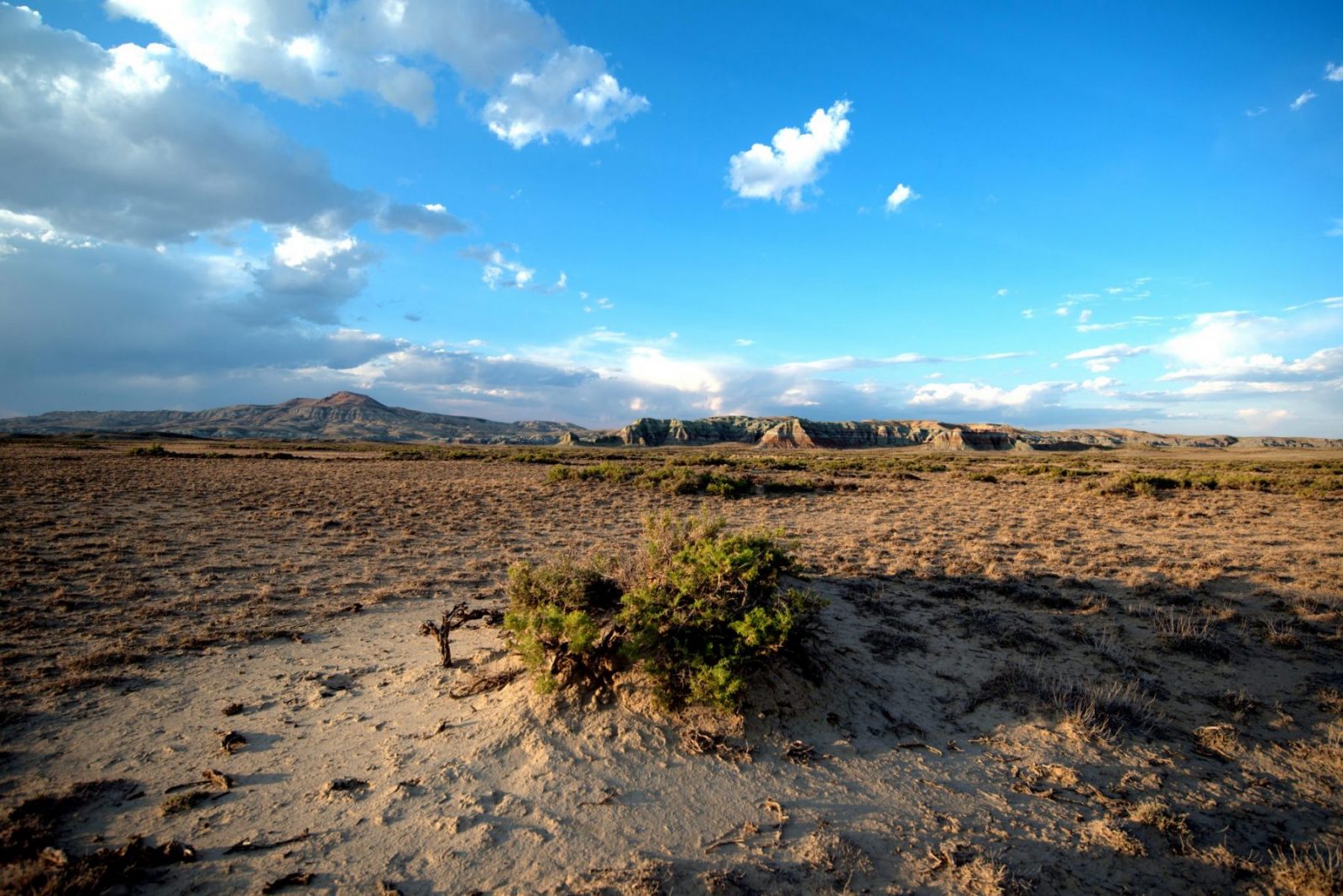 For Air Quality Awareness Week we enlisted our very own Mary Flanderka—recently hired to work on air pollution issues in Wyoming—to tell us more about air quality in the state and its importance in our lives.

“Many folks in Wyoming tend to assume we do not have an air pollution problem, because we have a small population and lots and lots of wind,” she said. “But the wind does not solve all of our problems. And in some parts of Wyoming, like the Pinedale area, the air pollution can get bad enough some days that it’s dangerous for the people who live there.”

Even though much of Wyoming enjoys clear blue skies, there are still impacts throughout the state on the environment, tourism, and human health that we should try to fix, she said.

“Sometimes I wonder if I—if we—realize how much of our days are filled with free stuff that we take for granted: water, sun, air,” Mary said. “About every five seconds we take a breath, free of charge. That adds up to 17,000–30,000 breaths per day. When we walk around, or exercise, our breathing rate goes up and we take even more breaths. So if you ask me, protecting something we use—and rely on for life—every five seconds, should be high on our priority list.”

In Wyoming, most of our air pollution comes from oil and gas development, trona mining, and coal-fired power plants. The good news is, there are some commonsense rules that, if adopted, could significantly reduce this pollution.

“The state of Wyoming can take a major step toward protecting the air we breathe by requiring oil and gas companies to reduce flaring and perform quarterly inspections to find leaks and promptly repair them,” Mary said. “Controlling gas leaks at oil and gas development sites is critical to protecting our air quality.”

Leaking infrastructure in oil and gas fields accounts for the second largest source of methane pollution in Wyoming, according to data from oil and gas companies themselves. These leaks are also a significant source of volatile organic compounds, which can have a harmful impact on human health.

For more than a decade, the Outdoor Council has helped citizens in Pinedale in their efforts to protect the air they breathe. Pinedale is in the Upper Green River Basin—where the Jonah, LaBarge, and Pinedale Anticline fields are located. In the winter, a temperature inversion in the mountain valley causes cold air to compress lower-lying warm air—and to concentrate any lingering air pollution. When snow covers most of the ground, the sun reflects off the snow and interacts with the oil and gas pollutants in the air for a second time, which often leads to dangerous ozone pollution.

During the winters of 2009 and 2011, the town of Pinedale made national headlines because of dangerous ozone and accompanying smog concentrations. During these periods, the Upper Green River Basin witnessed short-term spikes of ground-level ozone in some places at 120-140 parts per billion. The current standard for safety, set by the Environmental Protection Agency, is 70 ppb.

“Ground-level ozone, unlike ozone in the upper atmosphere that serves to protect us, is harmful and can cause permanent and irreversible damage to people’s lungs,” Mary said. “And it’s especially dangerous for children, the elderly, and people with existing respiratory conditions.”

These dramatic spikes in pollution were met with tremendous public outcry. Residents formed the Citizens United for Responsible Energy Development and began to look for solutions. The EPA determined that the Upper Green was not meeting national air quality standards. It designated the region in “nonattainment” of Clean Air Act standards. This designation was the impetus for the Wyoming Department of Environmental Quality to create and enforce better practices for oil and gas development in the area.

The DEQ created a task force—comprised of residents and CURED members, industry representatives, an Outdoor Council staffer, and local officials—to generate recommendations for reducing emissions. In 2013, based on these consensus recommendations, the DEQ began implementing stronger pollution controls for oil and gas development and more rigorous air quality monitoring.

Today, although Pinedale and the Upper Green are still in “nonattainment” of the Clean Air Act’s standards, ozone levels have improved—thanks to important strides the DEQ and industry have made.

“The state and industry deserve a lot of credit for beginning to improve things in the Pinedale area,” Mary Flanderka said. “But everyone also realizes there is still a lot of work to be done—as was made evident this past winter when the region again experienced short-term spikes in dangerous ozone pollution.”

The DEQ to issued “ozone action days” during the winter of 2017, the first in almost six years, which asked oil and gas producers in the Upper Green for temporary, precautionary changes to reduce ozone-forming pollutants.

The Wyoming Outdoor Council is urging the DEQ to protect Wyoming citizens and implement strong protections not just in the Pinedale area, but statewide. The good pollution controls adopted in the Pinedale area offer a model for a uniform statewide approach. In recent years, more than 80 percent of new drilling in Wyoming has occurred in the eastern half of the state. Although there haven’t been dangerous ozone spikes in eastern counties yet, we advocate a precautionary approach. The DEQ should require operators to take the same reasonable and responsible steps to curb pollution as operators in western counties now do.