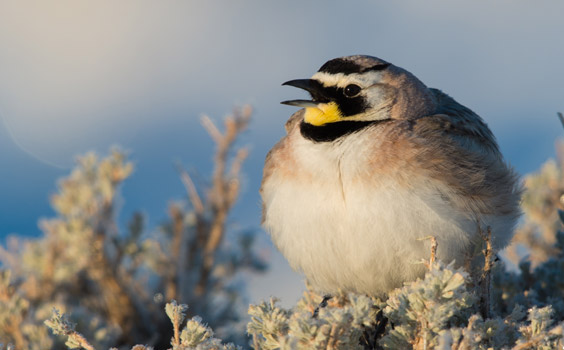 There’s a lot of bad news coming out of Washington these days, and Wyoming’s delegation needs to hear from you.

Wyoming Sen. John Barrasso is leading an effort to strip the BLM of its ability to reduce waste and deter pollution from oil and gas operations. After a long public process, the BLM has revised its decades-old rule related to natural gas waste on public lands—specifically it would require companies to fix leaky, faulty equipment and to reduce waste as much as possible. The rule, which was finalized late last year, is popular with the public. Common sense tells us that wasting finite natural resources has no benefit. It’s simply a bad practice that results in air pollution and lost revenue to the American people from royalties and severance taxes. According to estimates from the Western Values Project, Wyoming alone lost out on more than $60 million in royalties over the last five years due to venting, flaring, and unrepaired natural gas leaks on federal lands.

Some members of Congress are also trying to undo recent updates to the federal land planning process. Last year, the Bureau of Land Management released a rule that improved how the agency will plan for decisions made on our public lands. “Planning 2.0” as the BLM calls it, would ensure that the agency is more collaborative, more transparent, and more inclusive of citizen input. These improvements would move planning on BLM lands into the 21st century and are long overdue. Congress should not undo the years of work that got the BLM to this better place.

President Donald Trump has nominated Scott Pruitt to lead the EPA. As Oklahoma’s Attorney General, Pruitt has close ties to the oil and gas industry, has sued the EPA on numerous occasions, and has repeatedly demonstrated that he is ideologically opposed to the EPA’s core mission. We need an administrator who is dedicated to protecting the American people from harmful air and water pollutants, and from the threats of climate change—not someone who is at odds with those goals.

What Can You Do?

Please call Rep. Liz Cheney and Sens. Mike Enzi and John Barrasso and make sure they hear your voice!