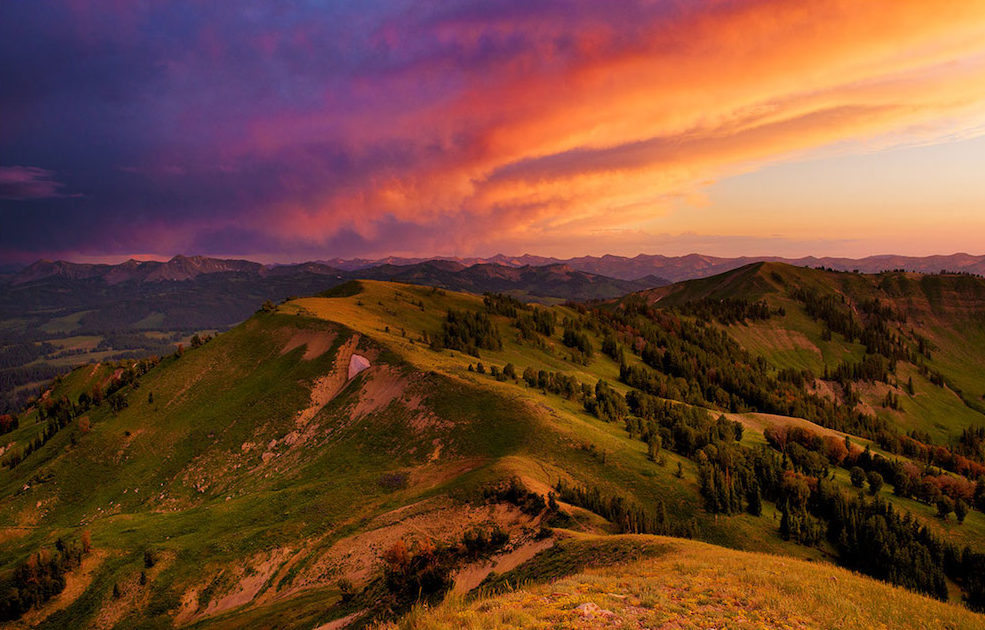 In what made for an especially happy Fourth of July, a deal was struck to protect 24,000 acres in the Wyoming Range from oil and gas drilling. This is tremendous news and gets us one step closer to realizing the collective vision behind the 2009 Wyoming Range Legacy Act: To protect the wildlife habitat and recreational opportunities in our state’s namesake mountains, today and for future generations.

Our gratitude goes out to our partners at The Trust for Public Land for negotiating and the Wyss Foundation for funding the purchase and retirement of the last remaining valid, existing oil and gas leases in the Wyoming Range. Our gratitude also extends to Gov. Matt Mead for supporting this outcome. “The Wyoming Range offers vistas, great outdoor recreation and diverse wildlife habitat,” Gov. Mead said in a statement. “The BLM worked with these companies to close out these leases and provide a good balance of development and environmental considerations.”

In the 1990s, Stanley Energy had already acquired oil and gas leases in the Wyoming Range (see leases in green on map). It sought to acquire additional acreage in the national forest and nominated nearby parcels. Despite public opposition, in 2005 the U.S. Forest Service consented to lease more than 40,000 acres along the eastern edge of the Wyoming Range. The BLM auctioned the leases and Stanley Energy was among the high bidding companies (see leases in orange on map).

Protests and appeals lead by the Wyoming Outdoor Council and joined by citizens, sportsmen and outfitter partners were ultimately successful. The Forest Service and BLM were instructed to go back and remedy oversights made in the initial and improper decision to lease. If the values considered on the whole caused the Forest Service to make a different decision — a no leasing decision — the contested oil and gas leases could be cancelled.

Passage of the Wyoming Range Legacy Act in 2009 made clear that the fate of these 40,000 contested acres was in the hands of the Forest Service. The agency could authorize or cancel them based on a thorough and updated analysis. If the leases were cancelled, the high bidders would get their money back — and, more importantly, because the Act prohibits future oil and gas leasing, the area would never be leased again.

After more than a decade and two environmental impact statements, the Forest Service reached a final decision in early 2017. Thankfully, it was the right decision — one we worked hard to secure, and one we celebrated with our members and partners. The roughly 40,000 acres of contested leases would be cancelled and high bidders would be refunded their money.

Thanks to The Trust for Public Land’s work and the generosity of the Wyss Foundation, another 45,000 acres in the Wyoming Range will be forever protected for its wildlife habitat and recreational opportunities. We couldn’t be more grateful. 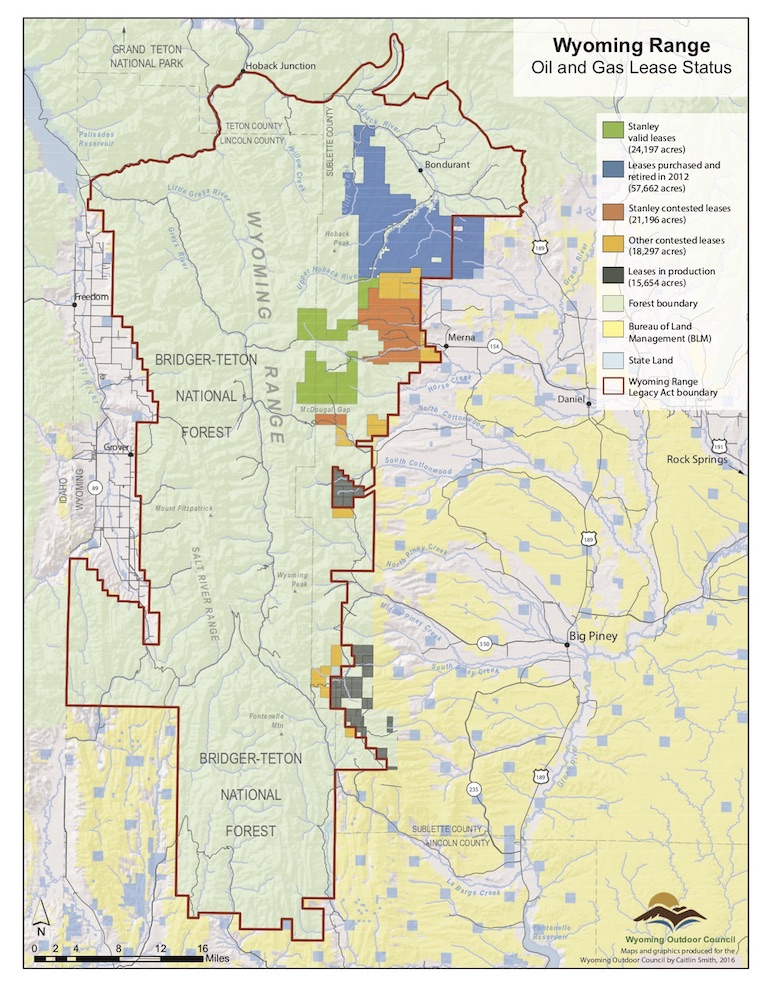 This map (click to enlarge) depicts more than 10 years of efforts to retire and remove oil and gas lease parcels from the Wyoming Range, where a broad coalition of citizens sought to protect the area for its unique wildlife and recreational opportunities. (Map created by the Wyoming Outdoor Council.)