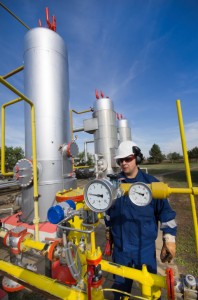 Note: This guest column by EDF’s Jon Goldstein provides an overview of the EPA’s newly developed approach to methane leak detection, as well as some recommendations as Wyoming considers new rules to reduce harmful ozone pollution.

What We Can’t See Can Hurt Us: New Study Provides Insights to Find, Fix Oil and Gas Pollution

How do you detect a colorless, odorless gas? It’s an important question especially when that invisible gas is as damaging as what comprises oil and gas pollution. We are talking about hazardous air pollutants (benzene), ozone precursors (volatile organic compounds), and greenhouse gases like methane – a gas that is more than 80 times more damaging than carbon dioxide to the climate in the short term.

Widely available tools like infrared cameras and hand-held hydrocarbon detectors are very effective at detecting leaks from oil and gas equipment, but new technologies and new science are always welcome.

That’s what makes a new paper in the journal Environmental Science and Technology exciting. Led by experts from EPA’s Office of Research and Development, and co-authored by EDF’s David Lyon, this study uses a new technique to identify and measure methane emissions at oil and gas facilities.

The EPA-developed approach (known to scientists as Draft Other Test Method 33A) locates sites with methane emissions using mobile, downwind measurements and estimates the size of these leaks using dispersion modeling. Vehicle-mounted devices and mobile methods like the technologies used in this study are a fast-emerging and exciting new tool in the battle to find and fix wasteful methane leaks.

In addition to helping prove up a helpful new draft method, the data collected in the study is also important as air regulators in Wyoming, and elsewhere, look for ways to reduce oil and gas pollution. The report includes measurements from 210 production sites in the Barnett Shale region of Texas, Colorado’s Denver-Julesburg Basin, and the Upper Green River Basin gas fields surrounding Pinedale, Wyoming from 2010 to 2013. A statistical analysis of this data shows two very interesting results:

What does this mean?

In the Wyoming context, it means the state is smart to be addressing older–potentially leakier–existing sources of emissions in its ongoing UGRB rulemaking, and that inspecting as many of these emissions sources as regularly as possible will help reduce air pollution. Mistakes (like malfunctions or forgetting to close a tank hatch) happen, but regular leak detection inspections will help catch as many of these as possible.

Frequent inspections at a broad array of sources is exactly what EDF has been advocating as Wyoming considers new rules in the UGRB to reduce harmful ozone pollution. This approach is consistent with recent regulatory efforts in Colorado and Ohio and is proven to be effective. Other states should take note if they too want to improve oil and gas air pollution, reduce waste, and provide better outcomes for communities who live near oil and gas fields.